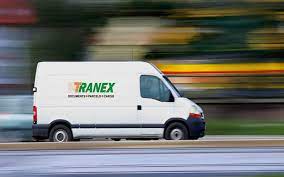 The Board of Directors of Trans Nationwide Express Plc has resolved to postpone the date for its Annual General Meeting (AGM) this week.

According to a notification filled with the Nigerian Exchange Group Limited, the AGM which is expected to hold on the 21st of July, 2021 by 11:00 a.m. at Radisson Blu Hotel, Ikeja has been extended to 28th of July, 2021 at the same venue and time.

According to the notice, the change in the date of the AGM is as a result of the anticipated public holiday scheduled for 20th and 21st of July, 2021 (for the celebration of the Muslim Id El Kabir).

In light of this, all other details of the AGM, including resolutions to be proposed at the meeting remain unchanged.

On the 27th of May 2021, Trans Nationwide Express announced that it will be hosting its AGM on 21st of July at the aforementioned venue. Among other things, the firm’s audited financial statements for the year ended, together with the reports of the Directors, independent auditors and the audit committee were to be reviewed.