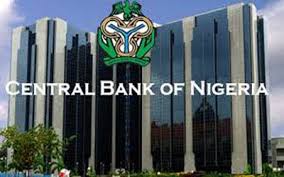 The Central Bank of Nigeria (CBN) has displayed its commitment towards the development of the Foreign Exchange (FX) market and indeed, the Nigerian financial market, as the apex bank, in collaboration with FMDQ Securities Exchange Limited (FMDQ) and FX Authorised Dealers, activated on-system trading and reporting of all FX transactions in the market on the FMDQ-advised FX Trading System, and also adopted a single market-driven rate in May 2021.

The Foreign Exchange (FX) market remains one of the largest, and perhaps, the most crucial segment of the Nigerian financial market, with an average annual turnover of $45.85billion over the last four years.

Despite the high market turnover, activities in this market remained constrained by limited transparency and volatile capital flows, leading to market fragmentation and multiple exchange rates, as activity levels fluctuated alternately between the formal and regulated market segments, and the unregulated (parallel) market.

Consequently, the variance between the exchange rate of the USD/N currency pair for FX transactions executed via the formal and regulated markets and unregulated (parallel) market has continued to fluctuate, with a record high of $/N124.52 in 2016, and parallel market reaching a record peak of $/N520.00 on February 22, 2017.

In a bid to restore confidence, enhance efficiency and boost liquidity in the Nigerian FX market, several initiatives were launched in 2017 – with the CBN laudably introducing a special FX window – the “Investors’ & Exporters’ FX Window” (the I&E FX Window or the Window), which set out a single and autonomous FX market structure for activities in the market, towards maintaining FX market stability, whilst attracting and retaining foreign capital into the economy; and FMDQ deploying a credible fixing to the FX market – the Nigerian Autonomous Foreign Exchange Fixing (NAFEX) – representing Spot FX market rates, supporting appropriate benchmarking and facilitation of derivatives activities, and serving as the reference rate for activities, all in the I&E FX Market.

The benchmark, NAFEX, also serves as a reference rate for other FX market products, such as the CBN and FMDQ-launched Naira-settled OTC FX Futures, thereby proving an avenue for market participants to hedge foreign exchange rate risk.

The success of the I&E FX Market, supported by NAFEX, following the April 2017 launch, was substantiated by the significant increase in foreign capital inflows as at Q3 2017, providing the much-needed liquidity, which contributed to the immediate convergence of the rates in the I&E FX Market and the parallel market at $/N368.00 by the end of June 2017, and was maintained until the occurrence of the pandemic, which caused reduced liquidity in the FX market, thereby resulting in an increase in the spread to $/N29.45 in March 2020 and $/N80 by the end of last month.

In May 2021, the CBN, in line with its desire for a more liquid market, took the remarkable step of increasing transparency by activating the on-system trading and reporting of FX transactions on the FMDQ-advised System.

This move was supported by the adoption of NAFEX as the benchmark rate for the public sector foreign currency-denominated transactions, thereby actualising the long-desired hope of a single market-driven rate in the Nigerian FX market.

The Chief Executive Officer, FMDQ Group, Mr. Bola Onadele affirmed that “FMDQ is excited at the introduction of market-building initiatives by the CBN to ensure the further development of the FX market, in recognition that a liquid, transparent and credible FX market is a major precursor for increased inflows into the Nigerian financial market.

FMDQ remains committed to institutionalising structures – efficient processes, systems, etc., in collaboration with market stakeholders, to support initiatives towards delivering a thriving FX market that is well-positioned to support the Nigerian economy.”

Furthermore, whilst addressing the market, the CBN Governor, Mr Godwin Emefiele, emphasised the importance of a transparent and credible FX market, and reiterated the CBN’s commitment to implementing market-enhancing initiatives required to inspire confidence towards sustaining and deepening the Nigerian FX market.

The renewed confidence and depth in the FX market will improve the attractiveness of the Nigerian market to foreign portfolio investors and also pave the way for the introduction of new derivatives products on FMDQ’s platform to support hedging of risk exposures by both local and foreign market stakeholders.

As Africa’s first vertically integrated financial market infrastructure (FMI) group and a one-stop platform to commence and end all financial market transactions in a seamless, timely and cost-efficient manner, FMDQ Group remains positioned to collaboratively work with market stakeholders in developing the Nigerian markets through innovative and value-adding solutions.

With its renewed aspiration as encapsulated in its mission to “collaborate to empower markets for economic progress towards delivering prosperity”, FMDQ Group, comprising FMDQ Exchange, FMDQ Clear Limited, FMDQ Depository Limited and FMDQ Private Markets Limited, having consolidated its activities into a fully diversified platform across multiple asset classes – fixed income, currencies, equities and derivatives markets – for execution, clearing and settlement of trades, amongst others – is strategically positioned to support the transformation of the Nigerian financial market to become globally competitive, operationally excellent, liquid, and diverse.