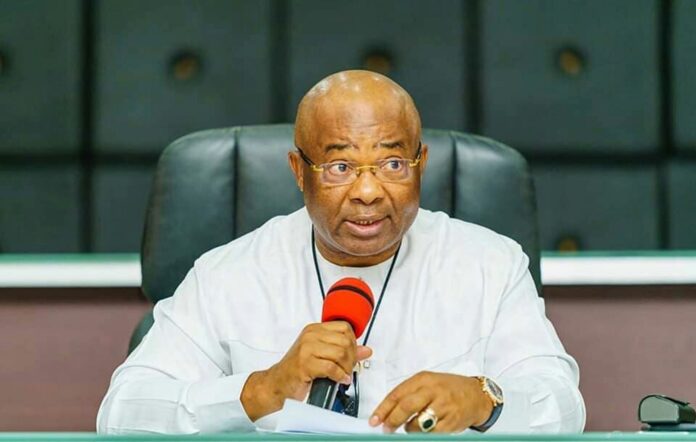 Imo State Governor, Hope Uzodimma, on Wednesday says the All Progressives Congress (APC) is already heading for victory in the 2023 general election with its rancour-free primary that produced Asiwaju Bola Ahmed Tinubu as the presidential candidate.

The Governor, who spoke to journalists at the Sam Mbakwe International Cargo Airport, Owerri amid rousing reception by supporters, said with what transpired at the presidential primary, “the APC remains the Party to beat in the 2023 general election.”

“The party is heading for victory in 2023,” the Governor assured and called on members to remain focused.

He also spoke on the position of Ohanaeze Ndigbo Worldwide on the nomination of a running mate.

The Governor noted, “There is no provision on the ballot paper for the Vice President. Therefore, Ohanaeze Ndigbo was never in context of the position of Vice President. The Vice President is a position that is always nominated or chosen by the presidential candidate in consultation with the political party and some critical stakeholders of the party.”

Those who joined Uzodimma’s numerous supporters from the 27 local government areas of Imo State to receive him at the Airport include Deputy Governor, Prof. Placid Njoku; Imo Speaker, Kennedy Ibe; Deputy Speaker, Amara Iwuanyanwu and other principal officers of the Assembly.

Others were the Secretary to the Government of Imo State, Chief Cosmas Iwu; Chief of Staff, Barr. Nnamdi Anyaehie and members of the State Expanded Executive Council.