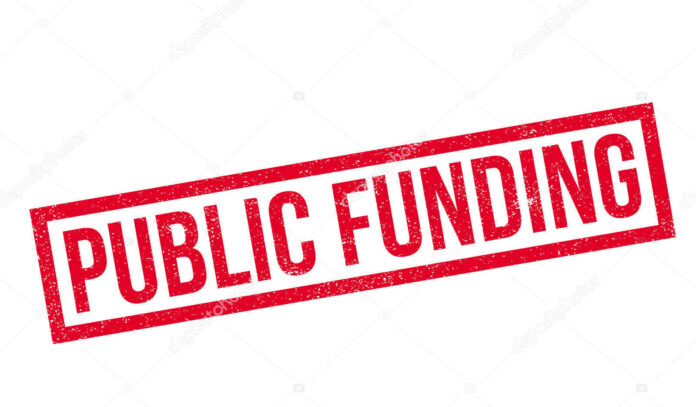 Several flash points of suspected financial imbalance giving expression to the norms of financial recklessness which  constitute pulling strings in the corruption profile of Nigeria have become disturbing over time. The revelations of gaps in records of public funds which have fallen short of track have for long continued to come to public knowledge. The circumstances surrounding such lacunae are characterised with inexplicable openings that give every reason for suspicion of foul play. Since money laundering and siphoning of public funds among other forms of financial theft have engrossed the governance system in Nigeria, connotations which draw the sense of reasoning to attribute every flash of such gap in financial records to corruption would hastily be on high frequency.

Unwholesome misadventures with public funds have for years grown to spread entangling cords across the depth of the public sector. The evident effects could easily be identifiable in the manifestations of frustration of growth and developmental courses which have for long been suffering the stiffening agony of corruption. Since the prevailing system has found it difficult to preemptively curtail such misadventures and the reactive apparatuses have failed to forcefully nail offenders to justice, the practice has grown to become a norm which has graduated as a part of the defining character of governance in the Country.

Recovering laundered and siphoned public funds which were notably discovered have been a tale of many reservations, particularly as it is evident that more of such discoveries scarcely yield recovery of the stolen funds. Hence, since the existing laws of the land are apparently weak in punitive provisions to impose heavy sanctions on public funds misadventurers, the practice has grown to entangle the entire fabrics of the public sector. The acquittal of high profile launderers of public funds, who are walking as free citizens despite the depths of their escapades, have practically emboldened both civil servants and holders of public offices to continue in the culture of financial theft. The instigating idea could be argued on the ground that since the system is not so virile to recover laundered billions, and the legal framework would impose a mild punishment of few years sentence where applicable on culprits, then stealing of public funds might be worth doing so to opportunists, with the driving orientation that if in any case the system would find them wanting, spending a few years in incarceration could be the ticket to coming out to enjoy humongous stolen funds.

The troubling cases of questionable financial imbalance with records of untraceable public funds have continued to come forth. Since the instruments to prosecute these cases to conclusive end within a responsive judicial system to give speedy verdict to such cases without loss of interest is a luxury wanting in the Country, it is apparent that majority of Nigerians are increasingly losing interest in cases of financial fraud. The observable psychological posture could be described as one of loss of trust and confidence in the system. This notwithstanding, more dogged stakeholders who would not relent on advocacy against escapades of injustice against the people, have continued to press against misdemeanors in governance in the Country.

The role of Civil Society Organisations (CSOs) in raising alarms over corruption cases in the Country have been notable. Some of these organisations are known to be prompt in challenging the Government on cases of flash points of financial lacunae with questionable signals of high profile corrupt practices. Most recently, the Socio-Economic Rights and Accountability Project (SERAP) had urged President Muhammadu Buhari to “direct the Attorney General of the Federation and Minister of Justice Mr Abubakar Malami, SAN, and appropriate anti-corruption agencies to investigate allegations that N106billion of public funds are missing from 149 ministries, departments and agencies (MDAs), as documented in the 2018 annual audited report by the Auditor-General of the Federation.” In a letter to the effect dated 17th, April 2021, signed by its  Deputy Director, Kolawole Oluwadare, SERAP had in addition also called on the President “to direct Mrs Zainab Ahmed, Minister of Finance, Budget and National Planning to create a system of public announcements to name and shame the indicted 149 MDAs, including those that reportedly failed to remit over N55bn of their revenue; awarded contracts of over N18bn for services not rendered; and spent over N23bn without any supporting documents.”

In its point of notes SERAP had requested that: “Anyone suspected to be responsible should face prosecution as appropriate, if there is sufficient admissible evidence, and any missing public funds should be fully recovered.”

The letter had further noted thus: “The reported missing public funds reflect the failure of the indicted MDAs to ensure strict compliance with transparency and accountability rules and regulations, and the failure of leadership of the MDAs to foster institutions that uphold the rule of law and human rights. Recovering the alleged missing public funds would reduce the pressure on the Federal Government to borrow more money to fund the budget, enable the authorities to meet the country’s human rights obligation to progressively realize Nigerians’ rights to quality health care and education, as well as reduce the growing level of public debts. SERAP urges you to ask Mrs Ahmed and Mr Ahmed Idris, the Accountant-General of the Federation to explain why they allegedly failed to ensure strict compliance with relevant legislation, rules and regulations across all MDAs, despite the warning and recommendations by the Auditor-General.

SERAP also urges you to direct Mrs Ahmed to publish full details of the yearly budgets of all MDAs, and issue regular updates that accurately detail their expenditures, including by making any such information easily accessible in a form that can be understood by the public. The Auditor-General stated that the alleged infractions by the 149 MDAs could have been prevented if the Minister of Finance, Budget and National Planning, and the Accountant General of the Federation had heeded his warning to ensure strict compliance with relevant legislation, rules and regulations across all MDAs. SERAP is concerned that the alleged missing public funds have hampered the ability of the MDAs to meet the needs of average citizens, as the missing funds could have helped your government to invest in key public goods and services, and to improve access of Nigerians to these services. Investigating and prosecuting the alleged grand corruption documented by the Auditor-General would improve the chances of success of your government’s oft-repeated commitment to fight corruption and end the impunity of perpetrators. It will improve the integrity of MDAs, as well as serve the public interest. Any failure to promptly investigate the allegations and prosecute suspected perpetrators would breach Nigeria’s anti-corruption legislation, and the country’s international anti-corruption obligations.

“SERAP has carefully analysed the recently released 2018 audited report by the Auditor-General of the Federation and our analysis reveals the grim allegations that N105,662,350,077.46 of public funds are missing, misappropriated or unaccounted for across 149 MDAs in 2018. According to the Auditor-General, 35 MDAs failed to remit N48,551,274,468.35 of generated revenue, and N5,418,780,747.23 of statutory deductions including value added tax, withholding tax, and stamp duties in 2018, thereby depriving the government of the much-needed fund to pursue its agenda. Similarly, 25 MDAs awarded contracts amounting to N18,369,595,564.47 in violation of the Public Procurement Act (PPA), 2007, including disregard to due process, irregularity in payment for contracts, excessive pricing of procurements, payment for services not rendered, and payment in full for uncompleted projects. Another N23,486,881,920.49 was spent by 48 MDAs without following the rules and regulations relating to spending procedures and policies, and without any documents to support such spending. Furthermore, 11 MDAs paid N8,389,842,637.88 for store items that were not taken on store charge. The Auditor-General fears that the items may be ‘missing/misappropriated. In addition, 18 MDAs paid N354,223,774.67 as cash advances to staff without duly retiring the money, contrary to the Financial Regulation 1405 and Financial Regulation 1420. According to the Auditor-General, ‘unretired cash and personal advances may be a deliberate attempt to divert public funds for personal use.’ Moreover, 12 MDAs spent N371,750,964 as cash advances, above the approved threshold of N200,000.00, contrary to the Treasury Circular Ref. No. TRY/A2&B2/2009OAGF/CAD/26/V, which requires all local procurement of stores and services costing above N200,000.00 to be made only through the award of contracts.

“There are several other infractions documented in the report, a copy of which can be obtained from the Auditor-General’s office. The 2018 audited report therefore suggests a grave violation of the public trust. These damning revelations also suggest that the indicted MDAs lack effective and credible internal processes to prevent and combat corruption. Our requests are brought in the public interest, and in keeping with the requirements of the Nigerian Constitution 1999 [as amended]; anti-corruption legislation, and the country’s international obligations including under the UN Convention against Corruption; and the African Union Convention on Preventing and Combating Corruption to which Nigeria is a state party.”

The necessity to check against the prevailing culture of corrupt inclination of feasting on public funds is alarming. The demands for overhauling the public sector to sanitise the system from gaps of financial theft is non-negotiable, particularly as the Country continues to suffer from dwindling revenue from oil proceeds; the mainstay of the Country’s economy. It is indisputable that the continuity of the ravaging culture of financial recklessness and siphoning of public funds amidst the prevailing state of economic downturn with sharp fall in revenue into the Government coffers, will only spell doom for the Country.

It is thus paramount for the Government to place premium importance on studying the operating lines of all past and present cases of money laundering and other financial theft formats, in a bid to develop responsive parameters to strategically block existing opening channels. More importantly is the necessity for modifications of the existing legal frameworks, guiding the prosecution of corruption cases in the Country. It is no gainsaying that the existing provisions of mild punitive measures against corrupt practices particularly the siphoning and laundering of public funds, have long enough entrenched the culture of theft in the public sector. The endemic norm has lamentably been stiffening the Country from the breath of growth and development.

The need to review the legal frameworks for prosecuting corruption cases in the Country is imperative to craft stiffer punitive measures of capital punishment for culprits of financial theft of public funds. Making provisional amendments for statutory instruments of stiffer punishment as practicable in Countries like China, is essential to stand as a warning flag to deter misadventurers from capitalising in the escapades of theft of public funds. More importantly, is the need to embellish the Nigerian judicial system with parameters of responsiveness to the height of virility where such cases against national interest are prosecuted promptly and the culprits are brought to book without prejudice where found guilty.