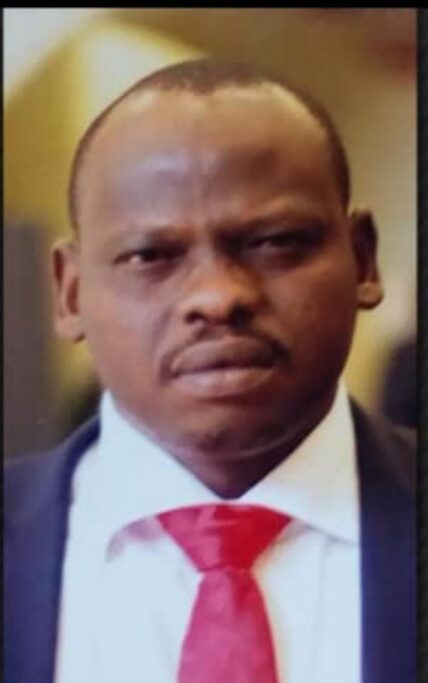 There are unobservable forces (invisible) that bring about change or the forces that shift social structure in our relation with others. The social theory of PEN structural change seeks to provide answers and also establish the basic constituents of what Durkheim agreed to as “society emerged from its previous form”, Steven Lukes (1973).

It is then true to say that there was a previous form of social conditions, so complex and dynamic, which enables change in the society. This informed the shift from social static to social dynamic, (Herbert Spencer), or forces which move mechanical solidarity to transit to organic society (Emile Durkheim,1938), (Emile Durkheim, 1947) (Emile.

There are social activities informed by forces to form and combine to further bring about social grouping from community to society before mechanical society or certain force which enables static social system to translate into dynamics to see the light of the day. What kind of social force was that? What are the fundamentals which enable the progression of that previous society to mechanical solidarity or that social force which informs the Comtean teleological progression of the human society to metaphysical and to positive or scientific stage, or the previous form of society enabled by forces to bring about transition of the Gemeinschaft to evolve into Geselschaft? (Emile Durkheim, 1961) (Emile Durkheim, 1970).

The answer to these questions above is that the conflicting forces which drive the society are PEN (+-n) social forces of the Atomic PEN structural components of the social energy of the P+, E- and the N.

These are the forces which Montesquieu could not categorically explain when asked by Emile Durkheim, (Durkheim,1912) as reported by (Lukes,1973) in terms of its variability which suggest classification of its constituents for which Durkheim labeled his severe criticism against Montesquieu.

However, on social facts, Durkheim too could not equally provide a framework with concrete variables or classification of what constitutes the social facts, neither did he provide the constituent elements of social facts nor illuminate its structure other than social facts is representatives of all things and everything which exist with no definite shape, size, elementary forms or structure as the social Atomic PEN structural theory of change portrays. Scientists were eager to know the basic constituents of that which was referred to as social facts by Durkheim other than “things which exist independent of the actor’ s views and his interpretations of the social world”, (Haralambus etal 1973).

The Atomic PEN structural element as P+,E- and N has been discovered to ex-ray and give profile of what the constituents of a social phenomenon should be as objective reality as well as social forces driven by the social energy of (+-n) for better description and to give an account for its first level change associated with Atomic PEN structure to bring about change in the human society.

Atomic PEN structural theory of change explains the changing nature of social behaviour in some similar manner to that of an Atomic property. This is the dream of the logical positivist school and what was envisaged by August Comte, the father of logical positivism.

The logical positivist school or the Comtean as it may be called, has clamoured for building such incisive line of thoughts, thinking and reasoning to establish causal relations among variables to discover newer theories in theoretical development of sociology as a discipline of study, hence the discovery of social PEN structural theory of change.

The postulation of the theory is an attempt to serve as bridge builder to facilitate scientific maturity of social science to attain that of the natural science as advocated by the logical positivists such as (August Comte), (Emile Durkheim, 1938) and (John Rex,1961) who had pointed out this claim in his book “Key problems of Sociological theory”. It’ s about the essence of discoveries in both social and natural-physical sciences to enhance social-scientific investigations and sociological credentials which (August Comte,) dreamt for sociology and now left in our hands and Sociology as a discipline in general to take the centre stage and make an attempt like this one, (John Rex,1961).

(Keat etal, 1982) quoted by (Haralambus etal, 2008) “themes and perspectives” noted that, scientific theorizing should come in the form of “postulate the existence of entities which have not been observed”.

He further added that “sub-Atomic particles and magnetic fields all form part of scientific theories of directly observing them. Karl Popper,(1957) in his book “the logic of scientific discovery” corroborated the fact and further affirmed that, natural science produces causal explanations and describe them in terms of structures, mechanism and processes. He urged social scientists, especially sociologists to demonstrate their dexterity to specify which factors or variables determine what and at what instance and whether these mechanisms operate or not” and to provide variable content and their classification as proof of what was observed.

Structural functionalist such as Durkheim (1957), Emile Durkheim, (1961, 1938) who consistently stands on the belief of Comtean school of thought with the application of scientific techniques for discovery and explanation of social phenomenon, largely did structural but macro analysis, taking social system as their subject matter of scientific enquiry and investigation.

However, social PEN structural analysis can provide the discovery of social forces of (+-n) contained in human social actions and interactive situation to further determine change and its strength at another level of visibility and indivisibility.

The social PEN theory therefore, believes that such notions of dealing with political leadership with disconnect between institutions and the governed (as citizens and population) are somewhat frivolous and in a way inappropriate assumption for social progress of a given society.

Again, such an assumption to bring about change is an unworthy one and the determination of any given society to achieve social change while neglecting the electroneous (E-) human resource component of social PEN theory for productivity around youth empowerment is an effort synonymous to a sort of mirage characterized by utopian mentality of the highest order.

The social PEN theory of change argues and maintains that structural change is a conscious effort rather than ceremonial approach to fundamental structural issues. It is achieved through activities of productive members as populations who are socially electroneous (E-) rich and wealthiest population with enormous capacity for change. Also, the population shouldn’t be Protoneously (p+) capital fractured and fund embezzling.

To achieve perfect structural change for social progress of a given society, that society must ensure productive population as a driver for change. It must socialize it’s members to understand and appreciate both social PEN invisible issues and social PEN visible dynamics while appreciating the global normative cultural standard and its best practice for structural change with professionalism around ethical values, self respect, sound moral standard and discipline as prerequisites for an all encompassing structural alteration and for the alignment of the institutional goals but overarching and specific ones for achieving social PEN indivisibility structural change for the overwhelming progress of mankind: Durkheim 1957) (Emile Durkheim, 1961), (Emile Durkheim, 1938).

When population of a given society is electroneously (E-) fluid with social PEN entrenched and invigorated, that society would experience relative progress and it reduces ethnic tension, enhance investment and bring about entrepreneurial activities for social security thereby curbing ills at both social PEN invisible and social PEN visible stages of man’s social life.

The Social PEN structural theory of change believes that social PEN structural level analysis has pattern, shape and constituents aided by social energy of (+-n). It is impactful to shape our social actions and interactive situations to inform further changes that would affect humanity as objective realities.

The theory contains power of transformation and that power is highly sociological. It can be used by the social scientist and students alike in the practice of sociology as a science and discipline of study; (Karl Popper,) Durkheim 1957).

Overreaching Objective: The broad objective of this research is to discover a theory called ‘Social PEN Structural Theory of Change’. The social construction of the theory is value addition and support for the transition of ‘sociology to attain ‘the sociology of one world’ as physics and chemistry advocated by (August Comte), (Emile Durkheim) and (Talcot Parsons) reinvigorated by (Olu Ogunika, 1998). The two worlds, ‘the natural’ and ‘the social’ can be ‘mirrored and inverted’ to give perfect view of natural phenomenon to see social life.

The two are ‘inseparable’ and each can be discovered to ‘alternate in periscopying natural social phenomenon’ through the process of ‘social scientific research’. So, our quest for better description of the social world should be as ‘inside outside sociological’. (August Comte, 1986), (Popper, 2005)

A coin has head and so it does tail and the two are ‘inseparable’, same as the ‘Sun and the planet earth’. And so, ‘social phenomenon and natural phenomenon can be alternated to see back forward social world’. This study obtains social value of Atomic properties through ‘deductive-grounded theoretical approach’ by ‘abstracting and inverting’ the concepts from ‘Atomic property’ while ‘periscoping and inverting’ social phenomenon for study as ‘themes and sub-theme’ to enable us define and to give sufficient description of a phenomenon for ‘operationalization and social scientific theorizing’ for sociological practice. It’s a cutting edge research of reversing Atomic properties in chemistry to say more about human social action and interaction, periscoping physico natural science phenomenon to say more about human social phenomenon; action and interactive situations. (August Comte, 1986),(Popper, 2005).