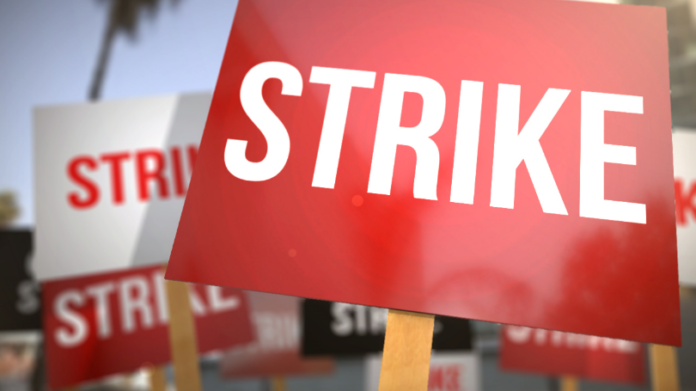 Following the National Assembly’s inability to meet with all parties involved on October 6th after they asked the Nigerian Civil Aviation Authority (NCAA) to hold on implementation of the new tariff regime, ground handling companies have resolved to embark on an indefinite strike starting Friday, November 5, 2021.

This action may  have adverse effects on the industry as the airline sub-sector will be paralyzed because their operations naturally tie-in to the services rendered by the ground handling companies.

AGHAN, the body representing ground handlers  says it is already putting modalities in place to commence indefinite strike starting from this Friday to ensure the commencement of the new regime as approved by NCAA about two months ago.

The NCAA had approved new safety threshold handling rates for ground handling companies in late August 2021 after 35 years of operating the old rates improving the old rates that could see handlers charge between $1,500 and $5,000 (passenger and cargo flights) for narrow and wide body aircraft on international routes, respectively, while for domestic operators it was upped to N20,000 and N70,000, depending on the aircraft type.

However, this did not go down well with airlines who wrote a petition to the National Assembly which on its own called for a meeting of all parties,including the NCAA, ground handlers, airlines as the airline operators of Nigeria claimed they were not carried along, a position countered by the NCAA which provided the minutes of the meeting showing their presence.Hose of Representatives had told NCAA to hold on till the 6th of October after refusing to see the NCAA directors who had all the position papers ready for their perusal stressing that the DG was not there.

At the determined date, 6th of October, with everyone including the DG NCAA, airlines and handlers present, the House of Reps committee postponed the meeting indefinitely leaving the matter in a state of quagmire, worst than it was initially which has led to this current precarious circumstance.

A stakeholder held in high esteem who pleaded anonymity told reporters, “I am very concerned about what is going on at the moment. We went through the ministry, agencies and the national assembly in getting the regulation. We made it clear to them then that we should have an NCAA without political interference and this is very important. I think this issue can be resolved because this issue is not good for us as an industry and a nation.

“Category One is the highest rating and if you down it, you can be relegated. This has happened to many countries because of cases like these in the past. You heard what Sen. Na’Allah said on one of the same issues, recently? He has spoken as a professional. I expect other members of his committee to follow suit.

“The industry is waiting till  Friday to see what happens and the effect this will have on airlines flight reliability, a lot of which are not very reliable at the moment, coupled with the fact that no commercial airline in the country does self handling.”