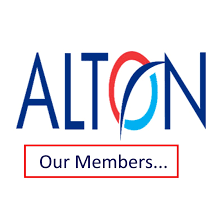 The Association of Licensed Telecommunication Operators of Nigeria (ALTON) on Friday says it members will withdraw USSD services to financial service provider due to huge indebtedness.

ALTON said this in a statement on Friday signed by its Chairman, Mr Gbenga Adebayo and Head of Operations, Mr Gbolahan Awonuga made available to newsmen.

It said that with the concurrence of the Minster of Communications and Digital Economy and the Nigerian Communications Commission, Mobile Network Operators would disconnect Financial Service Providers (FSPs) from USSD services, until their huge debt was paid.

ALTON noted that its members were initiating a phased process of withdrawal of USSD services, starting with the most significant debtors within the FSPs effective, March 15.

It said that members had continued to provide USSD services because their primary concern was that millions of Nigerian customers access financial services through USSD infrastructure every day.

The association said it was given greater importance when customers’ became reliant on these services due to the COVID-19 movement restrictions.

“Unfortunately, due to huge indebtedness and the possibility to agree on a structure for these payments without asking end-users to pay, the government has been forced to intervene.

“The government intervened to ensure that a sustainable cost-sharing solution is agreed on, so that consumers do not get affected in the long-term,” said the statement.

It said that members deeply regret reaching a point where the withdrawal of these services had become unavoidable that they would remain committed to working closely with the relevant ministries and regulators to resolve the issue as quickly as possible to minimise the disruption to customers.

The statement, however, encouraged subscribers to explore alternative channels with their banks, while the withdrawal of USSD service was in place.

Reports state that the Minister of Communications and Digital Economy, Dr Issa Pantami, had issued a letter to the Central Bank of Nigeria, seeking a resolution of the on-going dispute between the banking sector and the telecoms sector over appropriate methodology to use to charge for USSD services.