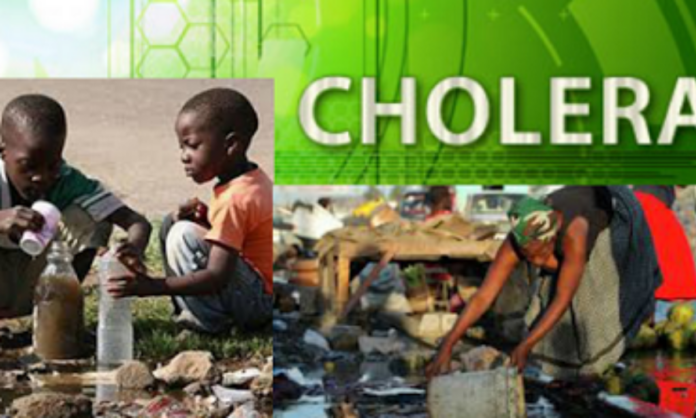 The Speaker, Taraba State House of Assembly and Member representing Lau State Constituency, Rt. Hon. Prof. Joseph Albasu Kunini (MP), has raised alarm over outbreak of cholera epidemic in his constituency which has killed no fewer than 10 persons and about 100 others hospitalised and in dire need of medical attention in various hospitals.

In a motion under Matter of Public Importance titled, “The need for State Government to promptly move to stop the spread of the outbreak of cholera epidemic in Lau Local Government Area of Taraba State,” during plenary on Monday, the Speaker lamented that cholera outbreak has become perennial in the constituency.

According to the Speaker, the cholera outbreak in the area which occurred a couple of days ago has spread like wildfire, just as he warned that if the epidemic was not nipped in the bud, it would spread to neighbouring local government areas in the State and even beyond.

Part of the motion read: “This Honourable House is aware that by the second week of the month of July, 2022 there was a sudden outbreak of the deadly cholera epidemic believed to be caused by the flood as a result of heavy rainfall in Lau Local Government Area of the State affecting Bwei  Yaka, Donadda Ward, Kunini in Kunini ward, Garin Magaji Ward and Garin Dogo  Ward, all in Lau Local Government Area with about 100 people, including women and children, affected and over 10 persons reportedly lost their lives.

“If prompt measures are not taken, this deadly disease will continue to spread like wild fire thereby causing havoc on the socio-economic and political activities of the people not only in Lau but in other parts of the State and beyond.

“Note that only recently government response to the outbreak of the Corona epidemic brought about untold hardship to the people as well as witnessed series of lockdown and, therefore, as a government there is the need to act fast, to ensure history is not repeated.”

The motion was seconded by the Chief Whip and Member representing Zing State Constituency, Hon. John Kizito Bonzena with other Honourable Members contributing and supporting it and calling the appropriate authorities to rise up to the challenge.

Consequently, the House of Assembly resolved: that the Executive Arm of the State Government should, as a matter of urgent priority, direct the Ministry of Health, the Taraba State Primary Health Care Development Agency and any other agency saddled with the responsibility of health care delivery to move fast to do all within their capabilities to curb this menace of cholera outbreak in Lau Local Government Area of the State.

That government should direct State Emergency Management Agency (SEMA) to provide relief material, including food, shelter, medicals and other palliatives to the affected victims of the cholera epidemic.

That apart from the foregoing, the Executive Arm of Government should promptly notify the Federal Ministry of Health and other partners in Health Care Delivery to move in as quickly as possible to contain the menace.

That the State Government should put in motion necessary measures to prevent the spread of the disease to other parts of the State.