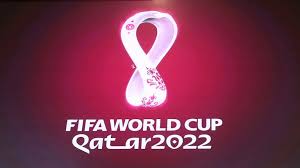 Players of the senior men’s national football team and their officials on Monday arrived in Cape Verde bubbling with enthusiasm, ahead of Tuesday’s 2022 FIFA World Cup qualifying match.

Reports said that the Super Eagles players and officials arrived at the Amilcar Cabral International Airport at about 10.30 a.m.

Their arrival was confirmed on the team’s official Facebook page.

“We have landed in Sao Vincente, Cape Verde! GAME On…” a statement on the Super Eagles official Facebook page read.

The team was however unable to arrive at their earlier designated airport at Sao Vincente, venue of the match, as the airport was closed down.

“We have arrived Cape Verde! However, we are currently at the Amilcar Cabral International Airport as we couldn’t land in Sao Vincente where the match will be played because the Cesária Évora Airport had closed.

“We’re still here and will take off from here soon. It’s just an hour flight. Thanks for your support always!” an earlier statement read.

Super Eagles began their 2022 World Cup race on a winning note after defeating visiting Lone Stars of Liberia 2-0 in Lagos on Friday.

They will face the Blue Sharks of Cape Verde on Tuesday.

The Nigerian team is however depleted ahead of playing away to Cape Verde due to COVID-19 red-alert UK restrictions on the Island country.

Rohr will not have the services of all the Britain-based players, including Leicester City forward Kelechi Iheanacho.

The former Manchester City forward was “Man of the Match” against Liberia and scored the match’s two goals.

Others who would not be available for Tuesday’s tie include defenders Leon Balogun (Glasgow Rangers) and William Ekong (Watford FC).

The team had their final training session on Sunday morning before taking off to Cape Verde.