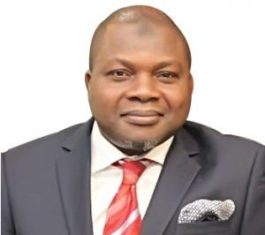 Stockbrokers are  to unfold new strategies that will enable the Federal Government source medium and long-term fund from the capital market.

The President of the Chartered Institute of Stockbrokers (CIS), Mr Olatunde Amolegbe, disclosed this in a statement made available to Nigerian NewsDirect on Thursday in Lagos.

Amolegbe said that new strategies had become imperative considering that the Nigerian economy is in dire need of capital injection.

According to him, the Federal Government’s budget deficit currently stands at N6.25 trillion.

He said stockbrokers had consistently urged the government to take advantage of the capital market to raise medium and long term funds to build infrastructure.

Amolegbe said that the CIS would hold a hybrid Conference with the theme: “Capital Market as a Catalyst for Economic Development and Sustainable Growth” from Oct. 28 to Oct. 29.

He explained that the 25th annual Conference would come up with techniques by which the federal government could finance infrastructure through mobilisation of medium and long term funds from the capital market.

“We intend to hold discussions around optimising some elements of capital markets to improve economic development and sustainable growth in Nigeria.

“The Conference shall undertake a review of Petroleum Industry Act (PIA), MSMEs as an engine of growth for economic development, Crowdfunding: Its Regulations and Impacts and Fintech Evolution and the Capital Market among other topical issues.

“There will be panel discussion with speakers drawn from the capital market community, regulatory bodies, academia, media, sister agencies, and those in diaspora,” Amolegbe said.

The Chairman, Programmes Committee, Mr Oluropo Dada, said that this year’s conference would be historic, going by renewed interest of various professionals.