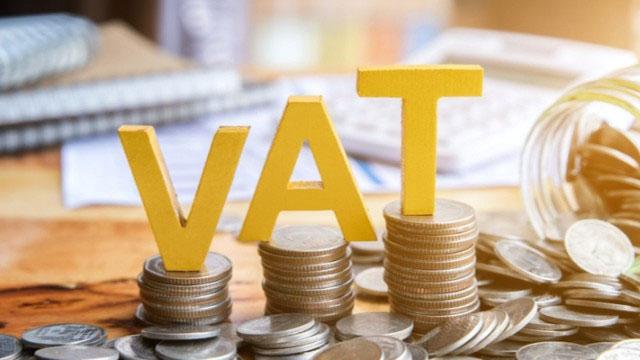 BACKGROUND TO THE DISPUTE

It is apparent from ongoing discourse that the judgment of the Federal High Court (FHC) in the case of Attorney General for Rivers State (“AG Rivers”) v Federal Inland Revenue Service (FIRS) & Attorney General of the Federation (“AG Rivers case”) has turned many Nigerians into overnight Tax Consultants and turned some known Tax Consultants into daytime experts on Constitutional Law. It is important however that commentators and the general public are reminded, that the main issue of contention in the Value Added Tax (VAT) dispute is whether the National Assembly has powers to make laws on VAT/Sales Tax and the corresponding powers of the FIRS to administer the resulting VAT Act- a major Constitutional issue. Whether the States have capacity to collect VAT/Sales Tax and the effects are secondary issues but many people have turned the issues the other way round.   As we may recall, VAT was introduced in Nigeria under the General Sani Abacha regime(after having been initially passed under General Babangida government), when there was neither a legislature or any form of elected officials at the State or Federal level of Government. Thus by Military fiat and for close to three decades, the Federal Government administered the VAT in Nigeria at 5% of the sales value (although there was an unsuccessful attempt to increase the rate to 10% in 2007). Other than an amendment in 2007 by the National Assembly and the Finance Act in 2019 (which increased the VAT rate to 7.5%) and another Finance Act, 2020, there has been very little legislative action or scrutiny on the VAT Act.

Although the VAT Act provided for a VAT sharing formula of 15%, 50% and 35% among the Federal, State and Local Governments based on a derivation formula, a number of States such as Lagos State have been unfavourably affected by the distribution formula. For example, the quantum of VAT generated from Lagos state into the federal VAT pool sits as high as 55%, while the share of VAT distributed to Lagos State is lower than 10% of total VAT collection. Based on the foregoing, Lagos State, along with other stakeholders have over time contested the legality of the powers of the Federal Government to administer VAT.

The legality of the VAT Act has attracted differing views from stakeholders over the years with various court decisions, most of which have largely centred around the supremacy of the VAT Act (i.e. covering the field) over the Consumption/Sales Tax imposed by States.

In recent times, however, the jurisprudence on the application of the VAT in Nigeria has advanced to the scrutiny of whether the Federal Government has any constitutional powers to impose VAT or Sales Tax ab initio. This gave rise to the recent decisions of the FHC, sitting in Port Harcourt, Rivers State, in the case of Emmanuel Chukwuka Ukala v FIRS (“Ukala Case”) in December 2020 and the AG Rivers case in August 2021. In both cases, the Court held that the National Assembly had no powers to enact laws 0n VAT under the 1999 Constitution of the Federal Republic of Nigeria (1999 Constitution).

Specifically, the Court held that the Federal Government is only empowered to enact tax laws, impose and collect taxes that relate to stamp duties, taxation of incomes, profits and capital gains only as contained in Items 58 and 59 of Part I, Second Schedule, 1999 Constitution (Exclusive Legislative List). The Court also held that these provisions must be read to exclude other species of taxes like VAT. The decisions clearly stated that imposition of VAT  is not within the purview of the National Assembly / Federal Government. Thus, the imposition of VAT/Sales Tax is a residual matter, which falls within the legislative and administrative competence of the States.

HISTORY OF VAT IN NIGERIA

The Value Added Tax (VAT) was introduced in Nigeria in 1993 by the Federal Military Government via the Value Added Tax Decree 102. The idea of introducing VAT in Nigeria came from the Study Group set up by the Federal Government in 1991 to review the entire Tax system. Following the recommendation of the Study Group, VAT was introduced as a Federal Tax which replaced the existing Sales Tax that had been in operation under Federal Government legislated Decree No.7 of 1986.

Since 1999 however, VAT had been administered centrally by the Federal Government without constitutional backing.

Nigeria is a federation comprising the Federal Government, 36 States, a Federal Capital Territory and 774 local governments. Although Nigeria is structured as a Federal state, the Nigerian federalism is beset with a systemic imbalance. True federalism ensures the diffusion of power among a number of substantially self-sustaining federating units. Also, Fiscal Federalism allows for the allocation of taxing power, revenue and expenditures, to the different levels/components of government in a federation so as to enable them discharge their constitutionally assigned functions and responsibilities to their citizens. However, Fiscal Federalism in Nigeria has been threatened over the years. A classic case of this threat is the VAT, which the Federal Government has collected over the years at the expense of the relevant state governments.

While some may argue that a Federal VAT is more appealing at a National level, the main issue is that there is no constitutional basis for the administration of the VAT by the Federal Government. Should this lack of constitutional competence be ignored in favour of ease of collection? The answer in our humble opinion is NO. All efforts, should on the other hands, be directed at getting the States prepared to handle responsibilities placed on them by the Constitution.  FIRS itself built the capacity over a number of years through training obtained locally and abroad. With the same resources available to the States, they can build their own teams.

In the absence of any constitutional provision authorizing the FG/FIRS, it only follows that the States be given their due powers and be allowed to administer the VAT or Sales Tax if they so wish. Suffice to say that the practice of administration of VAT at a State or Regional level is not a strange concept in the world over. The United States of America (U.S.) does not have a national VAT or Goods and Service Tax (GST). The U.S, however, has a Sales Tax that varies from State to State. Other countries such as Brazil, India and Canada have VAT/GST systems at the federal/national and state/regional levels. As a matter of fact, allowing States collect their consumption taxes, will enhance citizen participation in governance, accountability and bring government closer to the people, which are all the distinguishing hallmarks of democracy.

In addition, where the States administer VAT/Sales Tax, each State can structure their laws to tax and collect VAT based on commercial activities taking place within their States as opposed to the procedure which obtained under the federal VAT system where VAT was charged and collected from the headquarters of organizations regardless of which part of the country the transaction was undertaken. On the other hand, the State VAT system will increase and boost the revenue of various states as it will open revenue streams for such States which have not previously been explored or utilized.

These recent judgments of the FHC also offers an opportunity for coastal states to improve their revenue from import VAT previously collected by the Federal Government. Based on the judgments, it is pertinent to note that the Federal Government lacks the powers to collect VAT in Lagos State where goods and services are supplied in Lagos State. This includes the supply of goods and services at the Lagos ports on international trade.

Thus, where there is no constitutional basis for a Federal VAT, then there is no basis for the position or erroneous belief that the Federal Government can collect VAT on imports at the Ports or in the FCT. States should therefore endeavor to seize this opportunity for increased devolution of powers to reflect true fiscal federalism.

As we know, Section 1(3) of the 1999 Constitution declares that the Constitution is supreme and any law that is contrary to its provisions will be void to the extent of its inconsistency. Thus, this legal dispute on VAT helps to advance jurisprudence in the area of taxing powers of the different tiers of government and their constitutional basis and also gives all stakeholders an opportunity to defend the fidelity of the constitution.

The law should not be read and interpreted with sentiments and if there is need for any amendments to the Constitution, Section 9 of the 1999 Constitution clearly provides for an amendment procedure, which includes the votes of not less than two-thirds majority of all the members of the two Federal Legislative Houses and approval by resolution of the Houses of Assembly of not less than two-thirds of all the States. However, pending any constitutional amendments, stakeholders and commentators alike are to rely on the interpretation of laws rendered by the courts.

While we await further decisions of higher courts to finally lay all controversies to rest, one cannot help but reason that the exclusion of the VAT/Sales tax from the exclusive legislative list in the 1979 and 1999 Constitutions may just mean that a Federal VAT, sales or consumption tax, was never envisaged and that there was no omission in the Constitution.

At this time, what is important is that States should begin to improve capacity for collection of consumption taxes and other similar taxes. On the other hand, the Federal Inland Revenue Service (FIRS), which seems to be more concerned about losing its four percent (4%) cost of collection on VAT (which amounted to over N60 billion in 2020 alone and much more than what most States collected) than upholding the Constitution, should be encouraged to wean itself of this undeserved windfall. FIRS should rather be looking to assist States improve capacity to collect their own sales or consumption tax, rather than angling to collect a tax that should never have been under its supervision in the first place. For those States that believe they will not have the capacity to collect their sales taxes, they may wish to enter into a collection agreement with FIRS to do so on their behalf. However, those that want to collect and have the capacity to do so, should not be denied the right to administer what is their constitutionally guaranteed right.

In conclusion, it is important that stakeholders be properly informed about the issues and understand them before rushing to issue lengthy, but erroneous articles. Professional service firms in particular should remain professional and provide objective and neutral viewpoints, rather than seek to advance a subjective and biased position as though they have been paid to do so.

As we pointed out above, the main issue in dispute is whether under the 1999 Constitution the National Assembly had powers to make laws on VAT thereby enabling FIRS to centrally collect VAT. If, as the Courts have held, that the National Assembly lacked this power, commentaries should be directed on how to empower the States to collect the taxes. Arguing for ease of collection against Constitutional provisions does not augur well for true federalism notwithstanding who is at the forefront of this argument. Moving Nigeria forward should be a collective effort.