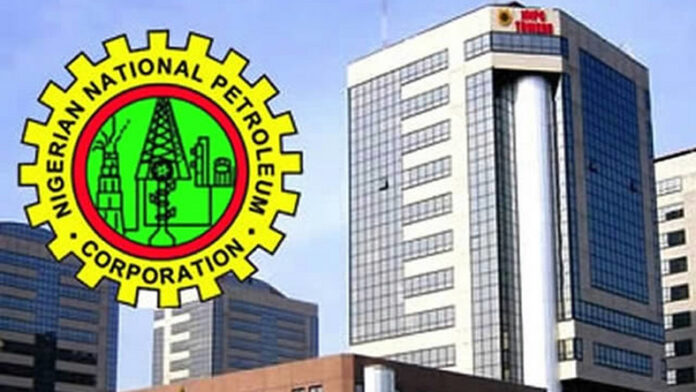 Stakeholders in the oil and gas sector have faulted the Federal Executive Council (FEC) decision to grant approval for NNPC to construct 21 Federal roads amounting to about N621.2 billion.

The experts claimed that since the Petroleum Industry Act (PIA) has transformed NNPC into a commercial firm, of which it has registered itself as such, granting NNPC taxpayers’ money to construct roads, they say, is counterproductive.

According to the Former Director, Nigerian Extractive Industries Transparency Initiative (NEITI), Stan Reri maintained that, “NNPC, a company that was just recently registered as a commercial company is collecting Government money to build roads,” he chided Buhari’s administration, adding, “There is nothing we won’t see in Buhari’s administration.”

In the same vein, while bearing his opinion on the NNPC roads construction plan, the Chairman, International Energy Services,  Dr Diran Fawibe wondered how NNPC would be able to break even with such a decision.

He said, “We’ll see how NNPC will make or declare profits after all this.”

In a similar note, the Former President,  The Nigerian Association of Liquefied Petroleum Gas Marketers (NALPGAM), Mr. Bassey Essien while commenting on the issue said, it was very “difficult to change old habits,” referring to the President’s approval of the taxpayers for a firm that has just been registered as commercial one.

At the end of the Federal Executive Council (FEC) on Wednesday, it was announced that the federal government had given a nod for the reconstruction of 21 roads which cover a total distance of 1,804.6 kilometres across across Nigerian

Earlier, the Petroleum Tanker Drivers (PTD) had lamented and proposed a nationwide strike over what the association described as terrible and sorry state of Nigerian roads which had lead to death of their members.

Owing to the timely intervention of the NNPC, the National Union of Petroleum and Gas Workers (NUPENG) announced the suspension of the proposed strike by its affiliate members, Petroleum Tanker Drivers (PTD).

The strike, which would have commenced on Monday, October 11, 2021, was called off due to the intervention of the Federal Government.

The South-West Zonal Chairman of NUPENG, Mr. Tayo Aboyeji had said, “The leadership of the union after a brief meeting with representatives of government decided to suspend the strike in the interest of the nation.

“The meeting with the government continues during the week with the assurance that the union grievances will be positively addressed.”

In making good their promises, the Minister of Works and Housing, Babatunde Raji Fashola said the construction of the earmarked roads would be undertaken by  Nigerian National Petroleum Corporation (NNPC) through the deployment of its own tax liabilities.

Fashola said that the NNPC tax deployment would not be a temporary programme but periodic and gave the projected commitment to the road projects as N621.2billion.

He made this known while briefing State House correspondent at the end of the FEC meeting held in Abuja on Wednesday.

The Minister added that in July, FEC approved the award of a contract to Dangote Industries for the construction of five roads totalling 274.9 kilometres at the cost of N309.9 billion, advanced by the company as tax credit.

According to him, “Earlier this year, there were five other roads – the Kaduna Western bypass, the Lekki Port road, the road from Shagamu through Papalanto, and a couple of others, and there is one road in Maiduguri. That was about N320 billion.”

“So, NNPC has identified 21 roads that it wants to deploy. Now, the instructive thing about this is that this initiative helps the government to achieve many things, including ministerial mandates three and four, which we discussed at the last retreat. Ministerial mandates three and four, if you recall, was energy sufficiency, electric power and petroleum energy distribution across the country.

“Of course, petroleum energy distribution is being impacted positively and negatively, as the case may be the transport infrastructure which is the ministerial mandate four. NNPC has sought and the council has approved today that NNPC deploys tax resources to 21 roads, covering a total distance of 1,804.6 kilometres across the six geopolitical zones.

“Out of those 21 roads, nine are in North Central, particularly Niger state. The reason is that Niger State is a major storage centre for NNPC. NNPC is doing this to facilitate the total distribution across the country.”

The Minister also gave an assurance  that in the South-West, the Lagos-Badagry Expressway, the Agabara junction, Ibadan to Ilorin (Oyo-Ogbomoso section) would be fixed.

The  Minister said  Odukpani-Itu-Ikot-Ekpene road has now been fully covered to resolve the problem of financing regarding the execution of the road projects.

While reacting to the state of roads in South-East, he said, “You have Aba-Ikot Ekpene in Abia and Akwa Ibom States. So that’s a major link, then you have Umuahia to Ikwuamo, to Ikot Ekpene road and so on and so forth.

“In the North-West, it is Gada Zaima-Zuru-Gamji road, and also Zaria-Funtau-Gusau-Sokoto road. In the North-East, it is Cham, Bali Serti and Gombe-Biu road.”