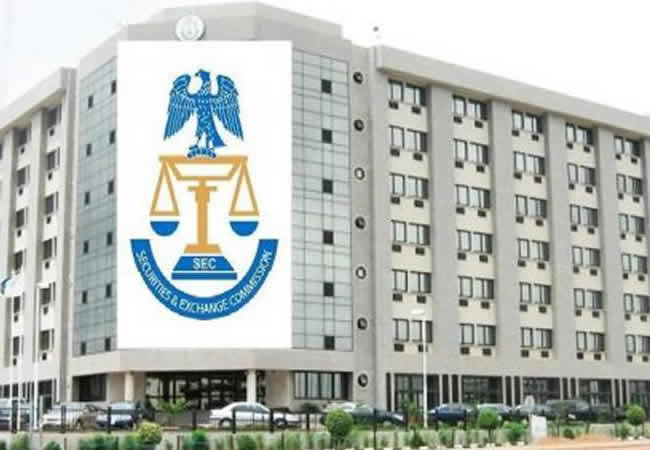 The Securities and Exchange Commission (SEC) has stated that it was never at any time served with court processes with respect to the purported Oando Plc matter at the FCT High court.

A high court at the Federal Capital Territory on Tuesday had nullified SEC’s indefinite suspension of Oando’s Annual General Meeting (AGM), two years ago, ruling that shareholders of the company have the rights of association as well as to assemble and hold an AGM.

The capital market regulating body in a statement on Wednesday stated that, “The attention of the Commission has been drawn to several publications in the media, where it is reported that a shareholder of Oando Plc, purportedly obtained a judgment from the Federal Capital Territory High Court against the Commission.

“The Commission wishes to inform the general public that it was never at any time served with court processes with respect to the purported matter at the FCT High court.

“The Commission will consequently take all necessary steps to verify and set aside the purported decision of the said Court.”

The disgruntled shareholder had filed that the directive of the SEC suspending Oando’s AGM was in breach of his rights to freedom of association as guaranteed under Section 40 of the Nigerian Constitution and Articles 9, 10 & 11 of the African Charter on Human and Peoples Rights.

A statement by the company stated that Ajudua has since been hailed as a saviour of Oando’s shareholders following his big win.

In a hearing presided by Justice O. A Musa, all pleadings filed were granted in favour of Ajudua.

Justice Musa ordered: “[Mr.] Patrick as a member and shareholder of Oando has a right and freedom of association and assembly with other shareholders and right to receive information at the AGM; [and I] declared the May 31, 2019 letter of SEC to Oando sanctioning its management, as unconstitutional, null and void, and violation of Engr. Patrick’s fundamental right to fair hearing and his human right to receive information on the affairs of Oando and his interest and shares in Oando.”

Furthermore, the judge ruled that, “an order of injunction restraining SEC from acting and /or taking any steps pursuant to its letter of 31st May 2019 or interfering in any manner whatsoever with Directors lawfully appointed by the Engr. Patrick and shareholder; and an order directing Oando to convene and hold AGM of Oando plc within 90 days of the order of the Court in compliance with the provisions of CAMA.”

AGM’s are an important platform for the protection of the shareholders of a company. They are also a legal requirement for all publicly listed companies the world over. Usually the main agendas for an AGM include a review of a company’s affairs and financial statements, shareholder engagement with Directors of the company to review performance, the appointment of auditors, to name a few.

By being listed on the Nigerian Stock Exchange (NSE) a company is by virtue owned by her shareholders, thus ultimate control and the destiny of a company should lie in the hands of said shareholders. Section 81 of the Companies & Allied Matters Act ascribes to every member of an incorporated company, who has fully paid for his or her shares, a right to attend all the shareholders’ meetings of such a company; and to speak and vote at such shareholders’ meetings.