Benue State Governor, Samuel Ortom has said  his administration will continue to place  science and technical education on topmost priority as the world focus on technology and skills driven knowledge.

He explained that as part of his administration’s deliberate policies to engage the youths, sporting competitions aimed at harnessing talents would be organised periodically to prepare winners for greater opportunities in the society.

Ortom also acknowledged the sacrifices teachers make in impacating knowledge into both children and adults, stressing that they needed their reward even here on earth aside the slogan that teachers’ reward is in Heaven. 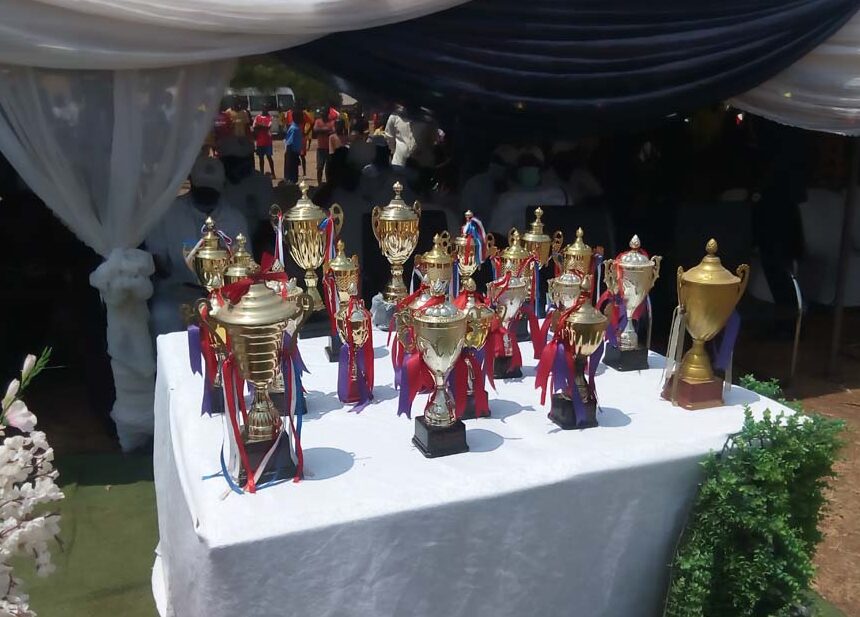 He directed the Commissioner for Education, Professor Dennis Ityavyar to organise sporting festivals that would bring together school children from primary school to tertiary institutions so as to discover talents that would be prepared for National and international competitions.

The Governor  promised to support any initiative that would positively engage the youth commended the organisers of the event and congratulated all the participants with a charge on them to take the competition serious.

Commissioner for Education, Professor Ityavyar  reiterated the commitment of the ministry to sustain the quality of Education in the State, thanked Governor Ortom for his passion for Education and expressed hope that the event would positively impact the students.

Commissioner for Sports and Youth Development pastor Ojema Ojotu stated that his ministry would liaise with the Education ministry to organise sporting competitions for all schools in the State in order to harness talents.

In a welcome address, Executive Secretary Science and Technical Education Board, Engineer Samuel Kwende, said the annual sporting competition provide a unique stage for all Technical Colleges in the State to present best athletes to compete with and against each other in a competitive environment with a view to breaking down the Social and cultural barriers and reduce crime.

He attributed the success of STECOGA 2021 in Government Science and Technical College to Governor Ortom who his passionate disposition for technical education development has approved the conversion of Government Secondary School Gbajimba to Government Science and Technical College Gbajimba on the 8th of September,2020 with the released of funds to implement the conversion and sponsor NBTE officials for resources inspection of the school which now qualified it for a World Bank Intervention through IDEAS project.

The Executive Secretary appealed to relevant stakeholders in technical education and particularly the local government Council that despite the huge investment of government in. GSTC Gbajimba, being a new school there are still more to be done and requested for their partnership with the school for development.