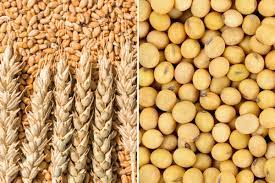 As the war between Russian and Ukraine hit harder, it’s gradually affecting the supply and causing the scarcity of wheat worldwide. This scarcity has become an opportunity for African countries to increase their wheat farming and production among other grains to bridge the gap at the local and international markets.

The National President of FFACET, Amb. Joseph Tanimu Yakubu during a two day seminar in Nasarawa state said “the training is in collaboration with the federal Ministry of Agriculture and Rural Development which is targeted at exposing the farmers on how to handle modern technologies on wheat production thereby producing large quantities for Nigeria and the global market.

“We’re going into farming 25 hectares of wheat production in the country and in view of this all inputs are available and we’re giving them the technical knowledge in wheat production during the dry season.

“Because wheat is a sensitive crop moving with the harmattan weather not like other crops so we brought all our clusters leaders from 10 states to benefit from this training.

Amb. Yakubu revealed that they are also during 5 hectares of Soybeans in the dry season too.

According to him the farmers will benefit 60 percent of the production as all the necessary inputs are being provided by FFACET and already taken into the various states captured for the organic production.

He explained further that the farming activities will be in cluster units for ease distribution of inputs and monitoring of their activities to avoid diversion.

“We have already grouped them into cluster units so the distribution of inputs for irrigation and payment for their labour will be executed smoothly.

The President noted they are partnering with foreign investors who are demanding for wheat and other four value-chain crops from them.

The beneficiaries who spoke to our correspondent accrossboard expressed satisfaction with the training that it has shifted their horizons from manual farming to mechanized farming system to boost wheat production.

The highlight of the event was the inauguration of the presidential Committee to oversee the success of the project.