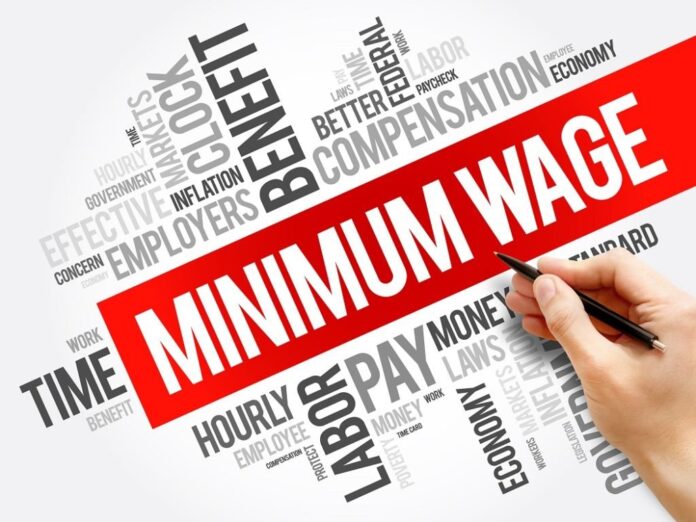 Nigerian Labour Unions might not have pictured inflation in their calculations when they campaigned for a N30,000 minimum wage. It would be recalled that moves by Labour Unions towards the drive for the demand of a review of the minimum wage applicable in the Country to N30,000, began to take reverberating turn particularly since late 2018. While several political gimmicks were deployed to shy away from the demands, concerted campaigns by Labour Unions with strikes and threats of industrial actions, had led to the Unions prevailing on the Federal Government to approve the N30,000 minimum wage in 2019. While the issue of the implementation of the minimum wage has been a controversy itself, particularly over the reluctance of some State Governments to effect the implementation, it is apparent that more pressing situations must have created circumstances overtaking what was the driving interests of the Labour force in the Country. It is therefore, pathetic that while some States have made efforts towards the minimum wage, some States are still hell bent on trailing the old path of the gross conditions of slavish compensation for labour. It is further lamentable that majority of the States which have conceded to paying the minimum wage, have been struggling to live up to expectations with records of backlogs of arrears.

It is observable that the prevailing state of the economic situations in the Country is largely lamentable. The deficiencies of the economy have continued to collide with several structural defects to render the institutional formations of the Country in shambles. The valuation of labour in Nigeria is known to be largely characterised with deficiencies, drawing from lack of enlightened yardsticks to reasonably determine the commensurate compensation for labour by measuring standards. In essence, the yardsticks to measure the value for the compensation of labour have been largely vague, such that men are left in the dark and thereby, susceptible to be cheated up by working systems that are not well guided by established framework.

While Nigeria is still largely struggling with N30,000 minimum wage, a consideration of what is obtainable in other parts of the world would rightly open the eyes to the fact that the Country is far out of course from what appreciable working standards ought to be. Hence, it is not at all in the right way towards the state of appreciable standard of living. It was last Tuesday disclosed that the United States President, Joe Biden, had signed an executive order that raises the minimum wage for federal contractors and tipped employees working on government contracts to $15 an hour. The raise from $10.95 an hour will begin by next January, and agencies must implement the measure no later than March. Biden had signed a separate order to raise the minimum wage to $15 an hour for federal employees. The new order also directs federal agencies to raise the tipped minimum hourly wage to $15 by 2024 and to ensure that tipped employees working on federal contracts earn the same minimum wage as other employees on federal contracts. The new order raises the minimum wage to the same level for federal contract workers with disabilities, and it includes a cost-of-living increase every year beginning in 2022.

“Composite food index rose by 22.95 percent in March 2021 compared to 21.79 percent in February 2021. This rise in the food index was caused by increases in prices of Bread and cereals, Potatoes, yam and other tubers, Meat, Vegetable, Fish, Oils and fats and fruits. On month-on-month basis, the food sub-index increased by 1.90 percent in March 2021, up by 0.01 percent points from 1.89 percent recorded in February 2021. In March 2021, food inflation on a year on year basis was highest in Kogi (30 percent), Sokoto (27  percent) and Ebonyi (27 percent), while Abuja (20 percent), Kebbi (20 percent) and Bauchi (19 percent) recorded the slowest rise in YoY inflation. On month on month basis however, March 2021 food inflation was highest in Rivers (3.5 percent), Niger (2.9 percent) and Gombe (2.9 percent), while Zamfara (0.5 percent) recording the slowest rise in month on month food inflation.”

Questions over the analytical impacts of the N30,000 minimum wage on the living standards of Nigerians with the prevailing rise in inflation, have been become a consequential subject of discourse. The discourse has been on arguments that the increase in the minimum wage has not in any way translated to improvements in living standards as rising inflation must have without doubt weakened the purchasing power of Nigerians in ways that has worsened living conditions even beyond what used to be and was expected. Hence, the increase in the minimum wage cannot in any way be said to be commensurate with what must have been the thought of Labour Unions when the campaigns for the upward review of the minimum wage was staged.  Hence, it is no gainsaying that events must have outwitted and overtaken the course of labour. Giving concern over the subject, the Chairman of the Southern Senators’ Forum Senator Opeyemi Bamidele, had on Saturday in a statement in Ado Ekiti said the current inflation had negatively affected every sector of the economy and rubbished the dividends inherent in the implementation of the new minimum wage.

The time for the Government at all levels to awake to the responsibility of resuscitating the Nigerian economy is no more than now. The need for the Federal Government to set a comprehensive architecture of economic models to lift the Country out of the woes of the economy is paramount. The Federal Government in this light, should work rationally along patterns that will responsively give expression to the directions of States’ efforts across the Federation, in order to channel their policy thrusts towards a broad direction tailored according to the demands of revamping the economy through coordinated efforts. It is indisputable that any appreciable move towards redeeming the Country’s economy must be such that draws coordinating contributions with harmonious policy responses that works in complementary formations with corresponding efforts from all subnational units of the Federation. Hence, the Federal government must lead the course to set the precepts by firm move to spur political readiness from the government of States to respond to the driving course of lifting the Country out of the prevailing economic mess appropriately.