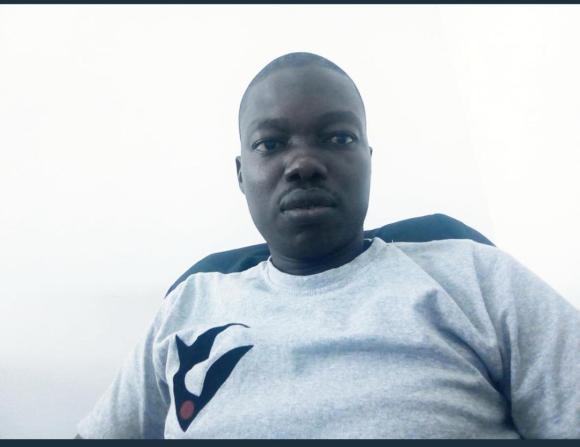 …I’m not a ritualist or murderer —Rahmon Adedoyin

By Abimbola Abatta and Salam Mustapha

Following the recent killing of a postgraduate student of Obafemi Awolowo University (OAU), Ile-Ife, Timothy Adegoke, residents of the community have staged a protest to note their disapproval of the act.

The protesters under the aegis, “Ife Concerned People,” equally demanded that justice must be served and all culprits made to face the law.

The residents, who were mainly motorcycle riders, staged the protest at the early hours of Friday morning around the palace of the Ooni of Ife, bearing placards with inscriptions such as: “Ife against innocent blood,” Let’s stand for peace and love,” Ife against ritualists,” “Ife against murder,” etc.

According to the President of Ife commercial motorcyclists’ association, Comrade Omisade Blessing, “The protest was aimed at clearing the air regarding the killing of the man at Hilton hotel. It is to tell people that Ife people do not support murder or kidnapping.”

This is just as the acting SUG president of Obafemi Awolowo University declared that justice must prevail over the case while noting that any attempt to sweep the case under the carpet will not be easy.

Recall that the deceased, Timothy Adegoke, a Master of Business Administration student of OAU, was declared missing on November 7.

Adegoke was said to have travelled from Abuja for an exam at the OAU Distance Learning Centre, Moro campus.

It was learnt that the deceased postgraduate student had lodged at the Hilton hotel when he arrived at Ile-Ife.

The state police had earlier arrested six suspects over the murder.

Reports also revealed that the police found the deceased buried on the premises of Hilton Hotels and Resorts.

A source had revealed that the suspects led the police to a shallow grave where Adegoke was buried, and his corpse was exhumed.

The Hilton Hotel was shut down on Thursday as the hotel owner is currently in detention.

In his words, “We intervened on the entire case from the day of the incident. We followed the case from right here to Osogbo just to make sure justice is assured.

“The investigation is ongoing as of yesterday. We are waiting for the autopsy result to be out. We hope and rely on Nigerian police with all the evidence available to them. We believe that no matter how hard it is and no matter the personality of the perpetrators, they must not go unpunished, and we want justice for the common man.

“We believe in the Nigeria police, and we are waiting for them. Any attempt to sweep the case under the carpet will not be easy because all our eyes are on them. Justice must prevail over the case,” he added.

In a latest development, the owner of Hilton Hotel and Resort, Ile-Ife, Rahmon Adedoyin, has debunked the claim that he was involved in the death of Timothy Adegoke, a postgraduate student of Obafemi Awolowo University, Ile-Ife.

Adedoyin, who is also the owner of Oduduwa University, Ipetumodu, made this revelation in an audio message being circulated on social media.

Recall that the state police had arrested Adedoyin in connection with the death of Adegoke, who had lodged in his hotel on Friday, November 5, 2021.

It was earlier reported that Adegoke went to Ile-Ife for an exam at the OAU Distance Learning Centre, Moro campus, when he was declared missing on November 7.

Adegoke’s body was reportedly discovered after some suspects, including workers at the hotel, were arrested by the police.

The hotelier, who spoke in Yoruba while debunking his link to the death, appealed to the public to await police investigation on the matter.

In his words, “I, Rahmon Adedoyin, am not a murderer or money ritualist. God already blessed and enriched me since I was 26 years old and up till now that I am 65 years old.

“I have never killed anyone. I am a devout Muslim. Adegoke lodged at Hilton Hotel, Room 305. The hotel officials that lodged him did not pay any money in his name into the hotel’s account.

“I was only informed that something like that happened at the Hilton Hotel when police started searching for Timothy.

“When they (police) investigated and found where Timothy’s corpse was dumped, senior police officers checked his body and confirmed that no part of his body was missing, so it is clear that no one asked them to get any of his body parts.

“I appeal to everyone to be patient and allow police to do their work and thorough investigation.

“I had my humble beginning from Ile-Ife. I started as a home lesson teacher, started universal college of tech, a polytechnic and then university.

“I never left Ile-Ife before God blessed me and made me rich. My wealth is pure. I am not spending blood money.”