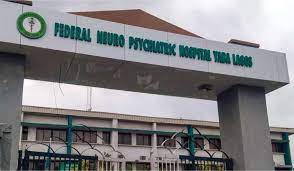 The Federal Neuro-psychiatric Hospital Yaba, Lagos, has partnered with the University of Maryland Psychiatric Research Centre (MPRC) US, to research on the safety of ‘clozapine’ therapy among black people.

The Medical Director of the hospital, Dr Olugbenga Owoeye, made this known at a news conference organised by the hospital on “Clozapine Safety Study among Black People” on Thursday in Lagos.

Owoeye said, one of the disease conditions treated in the hospital, a major debilitating mental health condition was ‘schizophrenia,’ a mental health illness.

He said that the schizophrenic condition was one of some certain mental health conditions resistant to conventional medications.

Owoeye also said that no matter what the doctor would do, the patient with the condition would  not  just improve.

According to him, there is new medication developed to treat those mental health conditions that are not responding to conventional/normal medications.

Owoeye said that the newly developed medication, known as ‘clozapine therapy,’ also had its side effects.

He said that “Clozapine is an antipsychotic medication used for treatment of resistant schizophrenia” (a mental health condition).

“It is also used to help reduce the risk of suicidal behaviour in people with schizophrenia or similar disorders.

“The major side effect of clozapine is that it reduces the level of white cell count of the blood, specifically, the neutrophils count.

“If the white blood cell reduces, the clozapine treatment has to be suspended, until the cell increases to a certain level.

“But black people generally have low white blood cell count compared to their black Americans counterparts. This is due to the genetic makeup of the black people.

“But what this research has brought out is that black people, despite their low white blood cell count, can benefit from the clozapine treatment,” Owoeye said.

Adebayo, also a consultant psychiatrist, said that the research had benefited a lot of patients, staff and the hospital, as a whole.

He said that many patients were treated for six months with such expensive medication offered free of charge.

According to him, the Federal Government has subsidised the medication including some other psychiatric treatments.

“An equipment used for measuring the blood level that cost over N6,000,000 is secured in the course of the study. And since then, the equipment has become an asset of the hospital,” he said.

Kelly said that the hospital was the first in the West African sub-region to engage in such kind of research.

She assured the MPRC commitment to partner with the hospital in providing new developments that would enhance mental health service delivery in Africa.