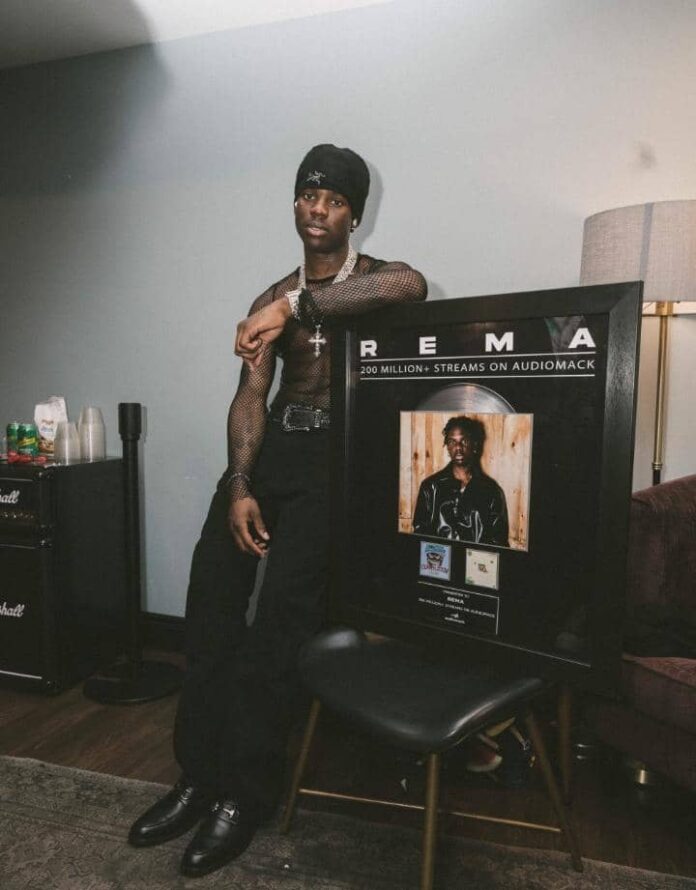 Nigerian singer, performing artist and superstar, Rema was recently presented with a plaque by artist-first music streaming platform, Audiomack, for surpassing 200 million streams on the platform.

Rema who was introduced to the industry in 2019 with his self-titled EP has since then taken the music scene by storm. He is well known for his hit singles “Ginger Me”, “Calm Down” and “Woman” which have ramped up over 65 million streams on Audiomack cumulatively.

Last month, he released a remix to his hit single “Calm Down” featuring global star Selena Gomez which has received over 296K streams on Audiomack in less than a month of its release and has contributed to him surpassing 200 million streams on the platform.

The plaque was presented to Rema at his sold-out headline show in New York, which was part of his Rave and Roses tour, by Vice President of Marketing and Brand Strategy for Audiomack, Jason Johnson.

According to Johnson, “Rema has shown that with hard work, intentionality, and determination it is possible to achieve great feats. Since his introduction to the industry in 2019, he has continuously grown and shown the fans many layers to his creativity.