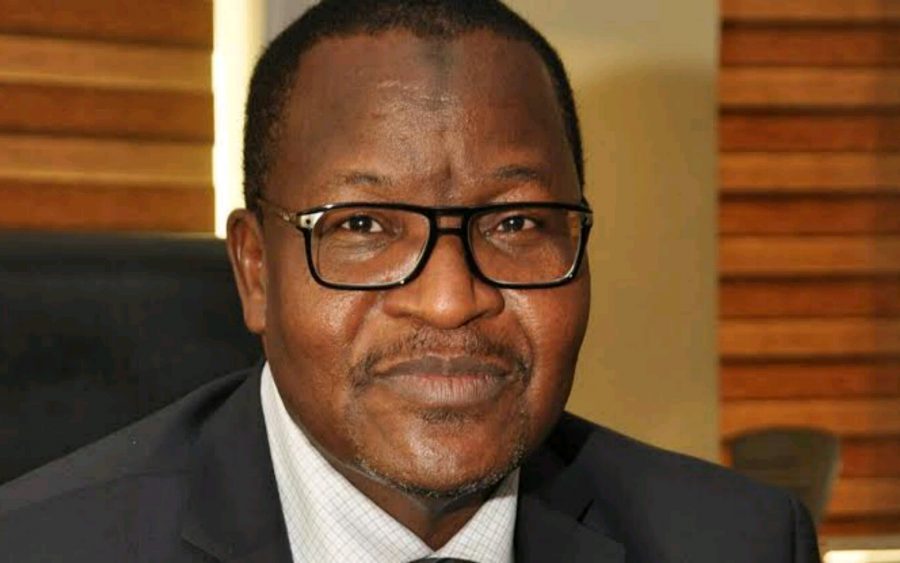 Certainly one thing Nigeria can brag about on the occasion of her 62nd Independence is the steady growth in its Telecommunications, ICT industry. This unprecedented performance is attributed to a befitting regulatory policy of Nigerian Communications Commission (NCC) under the leadership of its Executive Vice Chairman, Prof Umar Danbatta.

The sector contributed N4.84trillion to the nation’s real Gross Domestic Product (GDP) in the first two quarters of 2022 according to data from the National Bureau of Statistics (NBS).

The sector contributed 12.12 per cent to total nominal GDP and 18.44 per cent to total real GDP in the second quarter of 2022. The sector is composed of the activities of telecommunications and information services; publishing; motion picture, sound recording, and music production; and broadcasting.

Similarly, NCC has continued to drive Broadband Penetration with accompanied success. As at June 2022, it stood at 44.30 per cent with more than 84 million internet subscriptions in the country. The Commission with the support of relevant stakeholders has targeted 75 per cent broadband penetration by 2025.

More so, Danbatta declared recently that NCC generated N257 billion revenue in the first quarter of 2022, while N195bn was  remitted to  government coffers.

The NCC boss added that from April to August, N318 billion was generated, while N214 billion was remitted.

This as well has impacted to a large extent on the growth of Information Communications Technology (ICT) sector in general with a whooping 18.44% according to August Statistics.

One of the summarizing notes would be because Prof. Danbatta has succeeded tremendously in transforming Nigeria’s telecoms sector, especially in the areas of improved quality of service, infrastructural development, consumer empowerment/satisfaction, research and development, improved stakeholder relations, as well as significant increase in active mobile broadband penetration.

Even the president has acknowledged Danbatta’s stride in developing the telecoms sector when he noted that Danbatta leadership at NCC was part of efforts to consolidate the gains made in the sector in line with the National Digital Economy Policy and Strategy (NDEPS).

From his performance scorecard in the past seven years, Prof Danbatta can be described as a round peg in a round hole for magically stabilizing the telecommunications industry with his many impacts on the industry landscape.

In 2016, shortly after he was appointed, the NCC boss being aware of the enormous job before him engaged  local and international media, as well as stakeholders in the telecommunications sector on the strategic vision of the NCC.

Consequently, the EVC came up with a plan for achieving his vision – The Strategic Vision Plan, also referred to as the “8-Point Agenda,” is a roadmap to guiding the operations of the commission for the five-year period, 2015-2020. The 8-point agenda included facets of Danbatta’s strategic thrusts such as facilitating broadband penetration; improving the quality of all telecom services by promoting the availability of reliable critical infrastructure; maximizing the availability of spectrum to provide diverse and affordable services; promote ICT innovation and investment opportunities in ways that will increase investment in youth and SME.

It is worthy to note that most of the focal points in the Strategic Vision Plan (SVP) have been actualized while other areas are being improved upon.

Another significant landmark achievement of Danbatta-led administration in the NCC is the fact that Nigeria’s telecommunications industry has continued to grow.

The NCC under Prof. Danbatta has been able to tackle the issue of excessive Right of Way (RoW) charges and vandalism of telecommunication infrastructure, which has plagued the sector for decades. This move has resulted in improved effective service delivery by telecom companies.

It should also be noted that NCC in 2019 successfully supervised the execution of the Proof of Concept (PoC) trial of 5G telecom; Auctioning of 5G Spectrum in 2022, and effective implementation of 5G trial services in major cities by MTN Communications, a leading network operator in Nigeria.

Furthermore, before assuming office in 2016, there were 47,000 kilometres of fiber optic cables laid across the country. However, five years after the implementation of the SVP coupled with sustained high regulatory standards provided by the Danbatta-led NCC, there are now 54,725 kilometers of fiber cables laid across the country. Prof. Danbatta pointed out that the licensing of six Infrastructure Companies (InfraCos) to deploy fiber infrastructure across the six-geo political zones will also help galvanize increased connectivity.

Again, one of the most popular consumer initiatives by the NCC boss was the introduction of the Do-Not-Disturb (DND) directive, which has led to a rapid reduction in the number of unsolicited messages to consumers. Prior to that time, consumers would receive tons of unsolicited messages and in some instances duplicated bills. Preceding this initiative was the declaration of 2016 as the “Year of the Consumer” by the commission with elaborate programmes celebrating the centrality of the telecom subscriber to the regulatory activities of the commission.

In 2019, the NCC also facilitated the listing of two telecom companies – MTN Nigeria and Airtel Africa – on the Nigerian Stock Exchange (NSE). The arrival of both TelCos was indeed a huge boost to the stock market, and they have since joined the ranks of the country’s most valuable companies for investment.

The NCC is also the co-driver of the Revised National Identity Policy, which requires Nigerian citizens and residents to link their SIM cards to the NIN database. This was deemed an important step in ensuring the safety and security of all citizens.

The biometric system is expected to improve access to government services, support private sector services and enhance both the country’s national security and digital economic development.

The policy also indicates that apart from security and development planning, the process to link SIMs to NINs will help increase the National Identity Management Commission’s (NIMC’s) database as the network user database swells.

With EVC’s unquenchable flare to achieve greater strides, NCC has commissioned 23 Emergency Communication Centres (ECC) across Nigeria with a clear plan to activate the centre in the 36 states of the federation including the Federal Capital Territory (FCT).

Danbatta’s success in rewriting the narrative of the ECCs attracted local and international awards in 2019 with the Security and Emergency Management Awards as well as the International Public Relations Award which were conferred on him.

With all these achievements, Prof. Danbatta has indeed led the charge to drive Nigeria’s industrial revolution and knowledge-based economy leveraging on telecommunications.

These achievements and others too many others have earned him the Prestigious Zik Leadership Award organised by the Public Policy Research and Analysis Centre (PPRAC) in December 2020 and others sterling awards.

No wonder Milton Friedman said – No arbitrary obstacles can prevent a person from achieving great heights in a position for which his/her talent fits. Without mincing words, Prof. Umar Garba Danbatta is an unstoppable game changer in the telecommunications industry.