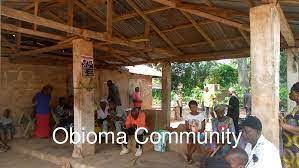 In times past, the South East geo-political zone of Nigeria was not at the peak of the country’s educational pack. But the narrative has changed.

It has been established that the type of education given to the younger generation determines the future of any society. This implies that a country’s capacity for development is largely dependent upon the calibre of its educational system.

Without first making education its ally, no nation can achieve success. These viewpoints essentially imply that opportunities for a country to achieve sustainable development are provided by education. Every effort, influence, safeguard and support offered to students to foster their development is included in the concept of education.

According to the World Culture Score Index, Nigeria is one of the countries with the lowest reading culture, and data from the National Commission for Mass Literacy, Adult and Non-Formal Education reveals that 38 per cent of Nigerians lack a basic level of literacy, with four in 10 primary school pupils struggling to comprehend what they are reading.

Reading culture is best defined as the learned practice of seeking knowledge, information or entertainment through the written word. Such practice can be acquired by reading books. Reading culture is essential in the 21st century for everyone, especially children, who are the nation’s future.

Ike Chioke continues to increase literacy for children in his community, following the footsteps of men and women passionate about education and eager to see every child literate. Change does come about one step at a time, which is why Chioke established a foundation in 2021 that will radically alter the future of children in Obioma, Udi Local Government Area of Enugu State.

When the school he rebuilt was commissioned, Chioke stated that education was critical to lifting future generations of Nigerians out of poverty.

Chioke, a former pupil, started attending the Central Primary School in 1970 to complete his primary education. He then received admission to the Federal Government College in Jos, Plateau State, Nigeria, in 1976, from which he earned a Distinction in 1982. He then went on to Obafemi Awolowo University, formerly known as University of Ife, in Osun State, to bag a Bachelor of Science (First Class Honors) in Civil Engineering.

He joined Arthur Andersen after completing the one-year national youth service in Benue State. He worked there for a year before moving on to the University of Oxford in 1989 as a Rhodes Scholar to pursue M.Phil in Management Studies. He left the UK for New York after earning his degree in 1991, where he worked in the corporate finance division of Goldman Sachs, an investment banking firm.

In 2002, he moved to London to work for Afrinvest UK, and returned in 2003. Later, in 2006, Afrinvest Nigeria and SecTrust merged to form Afrinvest West Africa, with Chioke serving as its Deputy Managing Director before rising to become its current Group Managing Director.

Obioma Central School Education Foundation was established by Chioke out of a desire to see his people prosper. Education, according to him, is the most potent tool that can change the world, and that education is the way to give the African child a clear and sustainable future.

To create a supportive environment for the students, Chioke adopted technology, which can give students access to a wealth of online resources, motivate them to conduct research and grow more independent, and simplify learning by making concepts easier to understand.

In September this year, Chioke announced his plans to build Central School Obioma’s electronic library and Information and Communications Technology centre. He made the disclosure while receiving over 400 books, on behalf of the school, from a delegation from BookmySchool, led by its Chairman, Abdullahi Idris.

Receiving the books, the Afrinvest CEO praised the NGO and stated that the process of improving education quality in Obioma through increased knowledge and understanding was well underway.

He said, “The first time I wanted to receive a donation from BookmySchool, we didn’t have the facilities to receive them; therefore, I decided to build a school. And building a school is not just enough, if there are no books for the pupils and students. That was what motivated me in building this facility for my community.

“I want to bring telecommunications capacity and information age to my local community, so that a child in a private school in Ikoyi, Lagos, would not have any advantage over a child in this public school in Obioma.”

The 40-seat ICT centre could eventually house an army of bright, young programmers, who could work for companies and earn salaries without leaving Obioma.

Additionally, he hired Paulinus Ezeh, a young man from Obioma with experience in the construction of ICT centres and e-libraries, to instal the equipment in the school. He also provided solar power systems for the school to finish their work.

Children and youth education is a significant and shared responsibility. Innovations to increase student success are supported by partnerships and support, which are crucial for decision-making and accountability.

In 2021, Chief Aloysius Ihezie, a philanthropist with a foundation bearing his name in the UK, was introduced to Chioke in London. Ihezie Foundation’s goal is to find new and used textbooks for primary and secondary schools in the UK and donate them to educational institutions in developing nations like Nigeria. A 40ft container of books was generously donated to Central School Obioma by Ihezie, a Nigerian living in Milton Keynes.

While receiving the books, Chioke, represented by his friend, Jerome Okolo, said, “I express my heartfelt appreciation to the Ihezie Foundation on behalf of OCSEF for this transformative donation of a container of books to the school. Nigeria, as we all know, has been going through a particularly difficult period since its 2016 economic recession.

“A disconnected political regime has essentially allowed the country’s endemic challenges to metastasise to the point where those challenges are now seemingly overwhelming leadership and governance at all levels.”

He explained how education at all levels is under severe threat in Nigeria, adding that at the entry-level, over 20 million children are currently out of school.

“It is against this background that OCSEF was established with the aim of intervening in the education sector in a meaningful and impactful manner. OCSEF’s first project was to build a new primary school, Central School Obioma, to replace the old one, which was built in 1937.”

The implication of this support will significantly raise the learning standards of Central School Obioma students as well as a large number of other students in schools in nearby towns and states, who will benefit from the positive ripple effect of this generosity.

“By so doing, they too will partake in the vision of OCSEF, which has been eloquently captured by the new motto of CS Obioma, ‘For Education and Empowerment”, he added.

Today, Central School Obioma has classrooms that can accommodate up to 240 students, a library with 30 seats and an e-library with eight workstations, a school clinic, an ICT room with 30 workstations for advanced computer training of young adults, a conference room, a head teacher’s office, male and female restrooms, a water supply system with an overhead tank and a solar-powered energy system.