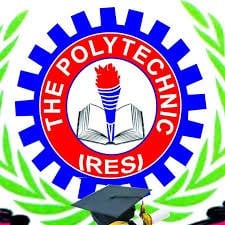 The acting Rector of the Polytechnic, Iresi, Osun State, Engr. Qadri Kamarudeen has charged the both Federal and State governments to fund technical education for the development and growth of the economy in Nigeria.

He said that it’s important for the government to implement the UNESCO standard on the educational budget which is 26% before expecting good results from technical education.

The conferred was themed: “Technical and Innovation: Trajectory for Sustainable National Development in Face of Contemporary Global Challenges.”

He warned the governments to desist from seeing foreign technology as a means of surviving and growing the economy of the country.

He urged the government to ensure they implement any education policy that formulated for the development of the country.

According to Kamarudeen, “The both Federal and State government should release adequate funds to the technical education and they have believed in the polytechnic sector once they believe in this sector there would be growth in the economy of this country.

“Let the government follow the UNESCO standard on the educational budget which is 26%.

“The government policy should be consistent. What we are having in this country is policies somersault when formulating a policy there is a need to get it implemented. Once that is done, you see that technologically this country will be ahead of other nations,” he added.

In his address, the keynote speaker the acting Rector of Moshood Abiola Polytechnic, Dr. Adeoye Odedeji called for synergy between the polytechnic and industries in Nigeria for the development of the country.

Odedeji who was represented by Dr. Oliyide Olaolu berated the low involvement of the industries in Polytechnic programmes, adding that many students end up in not doing the Students’ Industrial Work Experience Scheme (SIWES) for four months due to a lack of synergy between the Polytechnic and industries.

He said, “The government should involve the industries in the design of the curricula of the polytechnic and there must be a synergy. When students go for industrial training there should be industries and companies that are ready to absorb them.

“You will find out that many students don’t do SIWES for four months even a year Industrial Training (IT) Why? Because they cannot find industries. There is no unity or synergy, or cooperation between the industries and Polytechnic.”

The ASUP Chairman, Osun State Polytechnic, Iree chapter Dr. Fatai Afolabi said that the Union organized the conference for the members to identify and brainstorm on how to solve the national problem and provide solutions where development can be established.

Afolabi who was represented by Dr. Alabi Ezekiel noted that the conference will last for a week with the different academic programmes, adding that the Union will roll out the communique of the conference on Friday.

According to him, “Nigeria depends on certificates without knowing what to do with that certificate. And that is the problem confronting our country today. And that is why real and sustainable development is eluding Nigeria until when we take what we have discussed from this conference today. We will go further to follow the footsteps of advanced economies like South Korea, China like Japan, and Taiwan.

“Those countries pay more premium on technical skills unlike Nigeria where we base everything on their certification,” he said.