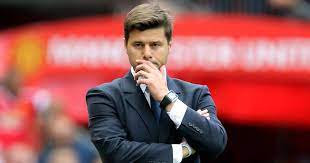 Reports had recently emerged that Zidane is the one who will take Pochettino’s place at PSG.

Pochettino has been heavily linked with a move to Manchester United.His contract with PSG is due to expire in June 2023.

But Pochettino has now said that talk of Zidane replacing him at PSG will have to be decided by the club’s owner, Nasser Al-Khelaifi and sporting director Leonardo.

“I don’t know. It is not up to me to decide,” Pochettino told Cadena SER when asked if he sees Zidane as his replacement once he leaves.

“Zidane is a great coach; he already showed it at Real Madrid.

“He can train any trainer in the world. Also, he is French. That is one more question for the sporting director or the president. Look, when Zinedine Zidane was at Real Madrid, how many rumours didn’t come out of me,when I was in England.

“When we take charge of a club with the visibility of PSG, we know that this comes with the position. That has to be accepted. Otherwise, I could not be sitting here in front of you right now as PSG coach,” he added.