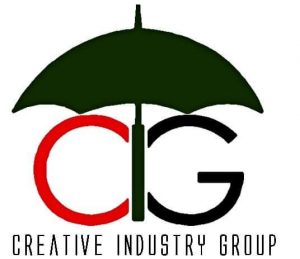 Duke made the assertion while speaking with newsmen on Friday in Lagos on the group’s upcoming festival, “CIG Festival”, planned for march.

He said that it was part of initiatives developed for creative minds to showcase the skills in youths.

According to him, when the youth are positively occupied, especially in the creative and entertainment businesses, the crime rate will drastically reduce.

He said the rising crime rate in the country gave birth to the group’s planned one week of thrilling activities in Lagos and environs to mark the first CIG Festival scheduled from March 22 to March 28.

Duke said the event was meant to boost the sector and that people behind its existence cut across creative minds in music, movies, sports, arts, fashion and comedy among others.

“It’s going to be a one week of exciting moments for Lagosians, as we hold our first-ever CIG Festival here in Lagos which is the hub of entertainment with fun loving people.

“The major aim is to celebrate industry stakeholders while showcasing their creativity, talents and skills, their importance and roles played in the society and the world at large.

According to him, CIG is created to harness the potential of young and old in various fields, bringing them together to smooth inter-relationship and direct the creative abilities of stakeholders into productive ends.

Describing the CIG as an embodiment of creativity combined with culture, he added that it’s events were filled with educative, informative, entertaining and participatory activities for children, youths and the elderly.

“There will be activities, including education sessions, symposia, exhibitions, parties, concerts and awards ceremonies; in fact, the time spent in the festival will be worth it because there will be no dull moment.

“The daily event will be concert in TBS for up and coming artists, life band, while major activities will take place at different locations in the state simultaneously,” Duke said.

The CIG president added that the festival would feature cultural stage entertainments by the state’s cultural groups, foreign countries, Expo, Display and sales of goods/services which includes film exhibition.

He, however, said that the celebration would be taken to the streets for road shows, street parties, beach raves and house parties in five major parts of Lagos with top selected celebrities as hosts.