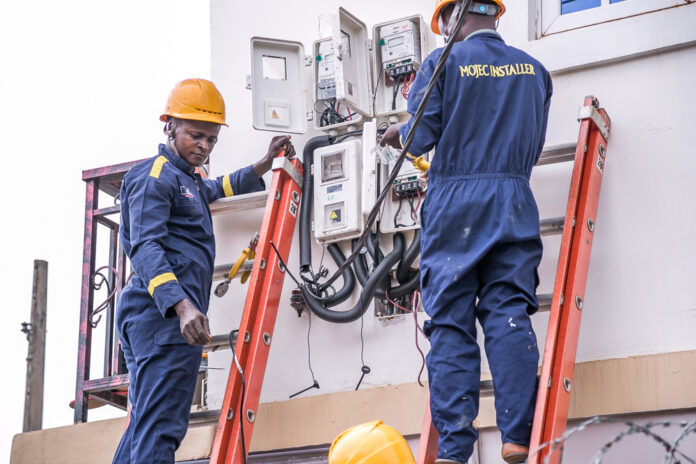 The Enugu Electricity Distribution Company (EEDC) has begun the distribution of meter to the electricity users of  Umuahia metropolis, Abia State, bringing to an end the unscrupulous  power billing every month.

The reports from Niger Delta Connect have it that the exercise commenced around Afara Street Umuahia.

Speaking on the development, the chairman of Afara Street, Mr. Uche Ogbonnaya, expressed deep satisfaction with the on going Mass metering, describing it as what the residents of the state had been clamoring for.

According to him, about seventy percent of the residents had been metered earlier following a court ruling in 2017.

The ongoing mass metering is aimed at covering thirty percent of Umuahia residents who are yet to be enrolled in the metering system.

He further expressed his satisfaction with the exercise which he said is cost-free.

Another resident, Christy, expressed joy that finally the EEDC would complete a project they started about five years ago, adding that the era of over billing was over.

In his comment, Ozoeze Onyebuchi, the Network Manager EEDC Umuahia, told journlists that the move is in fulfillment of its promise to meter all its customers in Umuahia and around the South East and its franchise area.

Recall that Abia State House of Assembly few weeks ago, had summoned authorities of the EEDC over obnoxious billing system in Abia, a move said to be behind the new mass metering exercise.

Onyebuchi, however, assured that EEDC is committed to ensuring that the issue of estimated billing is reduced to the barest minimum.

He said the target is to reach a minimum of ten to fifteen thousand households before the end of 2021. While urging customers to recharge their meters, Onyebuchi expressed optimism that the customers will enjoy the system which he affirmed comes with no cost.