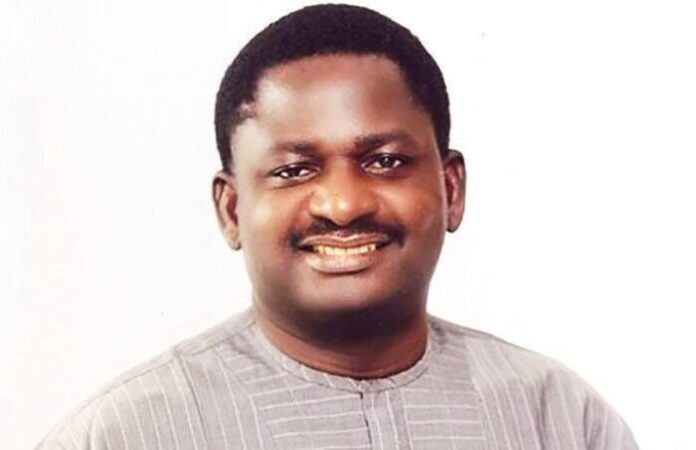 It’s the beginning of a year, and it’s that time you hear all sorts from futurists, prospectivists, and foresight practitioners.

The Good Book tells us of the 5-fold Ministries of Apostles, Prophets, Evangelists, Pastors, and Teachers. These are offices into which God has called some people, to lead, guide and comfort His people. Unfortunately, however, some people have decided to call themselves, and they go about, running riot all over the place with guess work, divination, and outright falsehood, all to beguile the people, pass themselves off as somebody, and ultimately make filthy money.

Since he became leader of the country, President Muhammadu Buhari has been an object of the futurologists. They have come up with tons of predictions, many of which went wide off the mark, hitting the crossbar.

Many times, they have virtually killed him. Many other times, they have deposed him through the 2019 election. They have foreseen sickness, death, empty seat at the Presidential Villa. But year after year, month after month, President Buhari continues to do his duty to the country, and to his family. He remains constant like the Northern Star.

Yes, typical of a human being, he can be sick and indisposed from time to time. We remember 2017, when President Buhari was practically unavailable between January and August, with only intermittent returns to the country in-between. Human beings, prince or pauper, President or manual laborer, can be ill, can recover, or can even die. What eventually happens is a matter of mercy from God Almighty.

I had cause to take up a mountebank sometime last year, when he said the President’s jet would crash at the last quarter of 2021. What was his intention? Patronage. That the President should send emissaries to him with bags of money, so he could pray and stave off the tragedy. Prayer contractor! The President was particularly busy with international travels at the period the ‘prophet’ mentioned. USA, Ethiopia, Riyadh, Glasgow, London, Paris, Durban, Dubai, Turkey, and many other places. Did any accident happen? Not even an incident. That is where God is different from man. He has mercy on whom He will have mercy.

That was what the marabouts did to Sani Abacha, that he remained holed in Aso Rock. Between November 1993 and June 1998 that he was head of state, you could count both local and foreign trips he made on the fingers of one hand. There was a time plenty hype had been made on his visit to Oyo State, to commission the Asejire Water Scheme. The State was agog with expectations, and a holiday had been declared. Only for Abacha not to show up. He had been caged by the futurologists.

At another time, he had been confirmed to visit Lagos, to commission projects, including the Marwa Gardens, in Alausa area of Ikeja. Col Buba Marwa was a star, a poster boy of the administration. Visiting Lagos would have been good for Abacha himself. And all was set. The city had been put under lockdown. At the last minute, Abacha refused to show up. Caged again by the horizon scanners, who always see negative, never anything positive.

It was said that in the few times the head of state ventured out of the fortress called Aso Rock, he would lock up all the Service Chiefs at the Nnamdi Azikiwe International Airport in Abuja, until he returned. So that they wouldn’t be able to effect a military coup while he was away. Whether the story is true, or apocryphal, I don’t know. What I sure know is that the day Abacha’s time was up, it was simply up. “There’s no armor against fate.” (James Shirley).

What we learn from the antics of the prophets against President Buhari is that no man ever has the final say. God is the ultimate decider. If man says anything, and God has not concurred, then nothing happens. Let that man move from mountain to mountain, praying that his prophecy should come to pass, it would be like beating a dead horse. Sheer waste of energy.

Serve your God. Show malice to none. Plot and do no evil, and let’s see the negative prophecy that would come to pass against you. That’s an eternal lesson we learn from our President.

Like I said at the beginning, the prophetic ministry is divine, ordained by God. “By a prophet the Lord brought Israel out of Egypt, and by a prophet was he preserved.” (Hosea 12: 13). But let nobody begin to posture as if he has the final say, the power to foretell, and it remains inviolable. Only God has the final say, and He is full of mercy and compassion.

I used to open my doors to one young prophet years back. I liked his knowledge of Scriptures, and ability to pray fervently. Whenever he asked for an appointment, I obliged. Of course, I didn’t always believe everything he said, but I was helpful to him in ways I could. Till about this time of a certain year. Maybe he felt it was time for him to finally have me under his armpit, control my life totally. So he came with a number of frightful prophecies for that year. I listened to him calmly, and he left. The Good Book says; “But he who prophesies speaks to men for their edification, encouragement and comfort.” (1 Corinthians 14:3). He had come to do otherwise.

That was the last he has seen me till date. He has phoned hundreds of times, begged, pleaded, made requests, I’ve not obliged him once. He attempted to merchandise with the gift of God, and he picked on a wrong man. So also do these prophets pick on the wrong person, when they come attempting to cow and frighten our President.

In about 17 months, President Buhari would land safely, as God wills. He would finish his tenure in a blaze of glory, and retire to Daura to tend his cattle. That is the prayer of millions of good people. Let no so-called prophet attempt to hoodwink or browbeat us to the contrary. Who has the final say? Jehovah has the final say.

Nigeria’s Unity: Cultural restructuring for empowerment of Nigerians is the way to go — Otunba Runsewe

How we turned a hoodlums’ den into a modernized parking space — Hon. Akinsanya