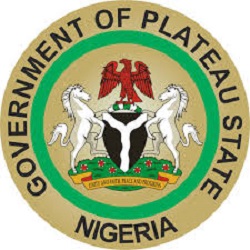 The Plateau Government is to has establish a drug and commodities management agency to regulate and control drug administration in the state.

The Commissioner for Health, Dr. Nimkong Lar, made this known while briefing journalists on Thursday at the Government House in Jos.

He expressed joy over the approval of a bill, for a law to establish the Plateau State Drugs and Medical Commodities Management Agency (DCMA), by the Executive Council.

“One of the major challenges of health services in the state, is the difficulty to access quality and affordable drugs in our health centres.

“The issue of fake drugs will not be there again if an agency is established to monitor the administration of drugs.

“We also have big pharmaceutical companies operating to distribute drugs to health centres across the state,” he said.

He said the establishment of the agency would assure patients of the efficacy of drugs they use.

“The agency is going to be very useful to us, a lot of development partners like the USAID and global fund will be there to help us get quality drugs for our people at a subsidised rate.

“Presently we have what is called the Global Health Supply Chain, it to assist us,” he said.

On the patients who contracted monkeypox, he said they have been discharged.

“Samples have been taken from the three suspected cases for further investigations,” he said.

In the same vein, the Commissioner for Works, Mr Pam Bot-Mang said when established, the agency for drugs administration would provide a good source for quality and affordable drugs and other health commodities, for tertiary, secondary and primary health care facilities in the state.

He said a governing board would be established for the agency, which shall formulate general policies and provide guidance to it with regard to its functions.

He said council was also intimated of the award given to the Plateau State Nigeria Erosion and Water Shed Management project (NEWMAP), for the best state in financial management and reporting in the country.

The Council thanked Plateau people for the support to achieve the feat, while commending Gov. Simon Lalong for approving the project’s counter funding for its take off in 2016, saying some of the projects have been completed.