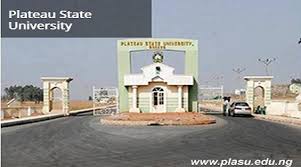 The Plateau State University (PLASU) chapter of ASUU says the state government has funded only 20 per cent of completed and on-going capital projects in the institution since inception in 2005.

Dr Bentse Pamson, chairman of the chapter, told the Newsmen in Jos on Wednesday that on-going and completed projects in the institution were funded by the Tertiary Education Trust Fund (TETFUND).

“Let the record be put straight. I stand my grounds that major on-going capital projects at PLASU are all funded by TETFUND.

“Only about 20 per cent of all physical projects at the institution were executed by the government of Plateau right from inception of the university in 2005.

“We never said we  are not happy with TETFUND projects at our dear institution, but we will be happier if the state government has done tangible projects as compared to what the TETFUND is doing,’’ he said.

Pamson also expressed happiness over government’s readiness to begin negotiation with the union with a view to resolving issues causing friction between the chapter and the government.

Reports state that the union began an indefinite strike on Jan. 15 citing poor infrastructure, lack of Governing Council, insecurity and poor funding as some of its grievances.

It said it was also angered at the inability of the state government to fund capital projects.

Pamson was reacting to a publication by the Dr Makut Macham, the Director of Press and Public Affairs to Gov. Simon Lalong, entitled “The much ado about TETFUND projects at PLASU’’.

In the publication, Macham accused the union of being partisan, adding that its allegations were false and aimed at painting the current government in bad light.

The state government has constituted a negotiation committee headed by Mr Izam Azi, the Head of Civil Service in the state to look into the issues,