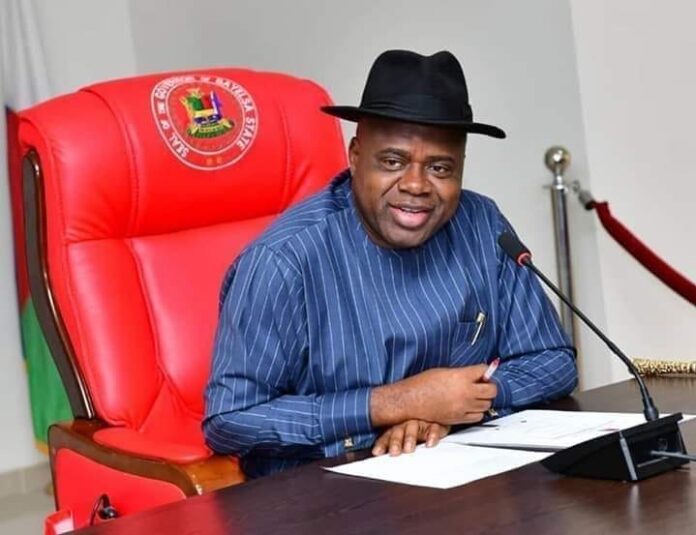 Bayelsa State governor, Douye Diri has said the Peoples Democratic Party (PDP) will in 2023 bring about the desired change Nigerians are yearning for.

Diri also advocated the strengthening of the party at all levels in order to wrest power from the ruling All Progressives Congress (APC) at the centre in the 2023 general elections.

In a statement on Thursday by his Chief Press Secretary, Mr. Daniel Alabrah, the governor noted that the PDP is the only reliable alternative party that could provide purposeful leadership at this point in time.

Diri, who decried the worsening insecurity in the country, said it behoved on the PDP to rescue the nation.

His words, “Nigeria is ripe enough for change. We have experienced the change that the APC brought and now it is time to change the change.

“PDP is the only veritable and reliable alternative party for now. So, you and I have been given the mandate to rescue this nation. We have the best times to bounce back to the national scene.

“Our appeal is that the APC should allow the people to determine who becomes their president in 2023. We don’t want Nigeria to go down,” he said.

Diri also cautioned that the party and country’s interests should be placed above personal considerations in the choice of a presidential candidate, noting that political power should be utilised to positively impact lives as it was ephemeral.

aWhile commending the zonal leadership for its role in getting Edo back into the PDP fold, Diri said South-South would remain a stronghold of the party.

While highlighting some of key projects being undertaken by his administration, particularly in the area of road infrastructure in the last one year, he assured the people that they would be ready for inauguration next February.

The projects include the construction of the Yenagoa-Oporoma and Sagbama-Ekeremor senatorial roads.

The construction of a media complex to accommodate the state-owned radio, television and newspaper outfits, establishment of technical colleges and the renovation of schools,  among others.

In his remarks, the PDP National Vice Chairman, South-South, Chief Dan Orbih, commended the Diri administration for enhancing the state’s security architecture with the provision of operational vehicles.

Orbih, who expressed concern over the security situation in the country, urged the governor to collaborate with his colleagues in the zone to put in place a security network to protect lives and property.

He also applauded the developmental strides of the governor in the area of infrastructure development, noting that the achievements of the PDP governors would boost the party’s campaign strategies.

Orbih, however, condemned in strong terms the recent nomination by President Muhammadu Buhari of a known APC member as a commissioner in the Independent National Electoral Commission, describing the development as a threat to the country’s democracy.