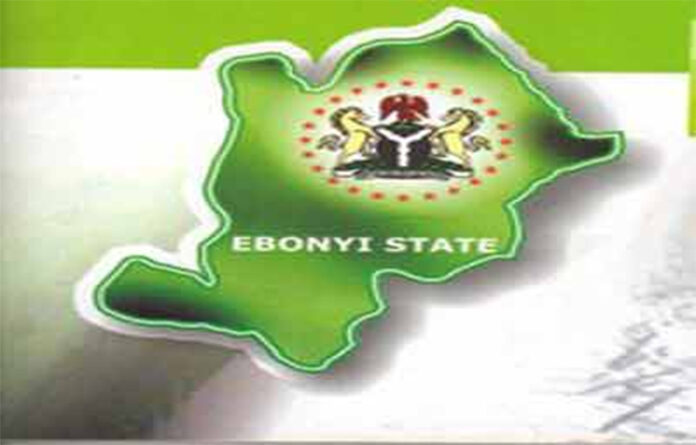 Ebonyi state government has accused the opposition party, Peoples Democratic Party, PDP of sponsoring fake news on the social media to score cheap political points and mislead  members of the public with cheap and disrespectful blackmail.

Commissioner for information and State Orientation, Barr. Uchenna Orji made this known while  reacting  to reports trending on social media captioned “I will not vote my husband in APC” falsely credited to wife of Ebonyi state Governor, Rachel Umahi,

He decried the activities of the opposition party who took to social media to cause crisis describing them as  political jobbers deployed by the remnants of the drowned People’s Democratic Party, in the state and who have also resorted to writing helplessly and derogatorily about Mrs Rachel Umahi.

Barr. Orji  urged the citizens not to take such fake news seriously as the governor’s wife is a proud card-carrying member of the All Progressives Congress.

The statement reads, “The attention of Ebonyi State Ministry of Information and State Orientation has been drawn to a vicious, mendacious and faceless post captioned, ‘I will not vote my husband in APC,’ and falsely credited to Her Excellency, wife of the Governor of Ebonyi State and made to trend in social media by political jobbers deployed by the remnants of the drowned People’s Democratic Party, in the state and who have also resorted to writing helplessly and derogatorily about Mrs Rachel Umahi (Ogoo Nwanyi).

“While we take exception to this cheap and disrespectful blackmail, we make bold to state that the wife of our dear governor is a proud card-carrying member of the All Progressives Congress, with registration number, EB/BZR/11/04202.

“We therefore want to use this medium to admonish the remnants of PDP in the state that no amount of lies and fake news shall mitigate the tsunami that has brazenly befallen them since the glorious defection of the government and people of Ebonyi State to APC.

“We also invite the members of the public to discountenance all the social media posts against the first family of Ebonyi State as a worthless political strategy of PDP to misinform the gullible and elicit public sympathy to their unpleasant political fate.”

But reacting, the Ebonyi PDP through its publicity secretary, Silas Onu, queried whether such alleged fake news emanated from its table and  urged the state government to go and put its house in order.