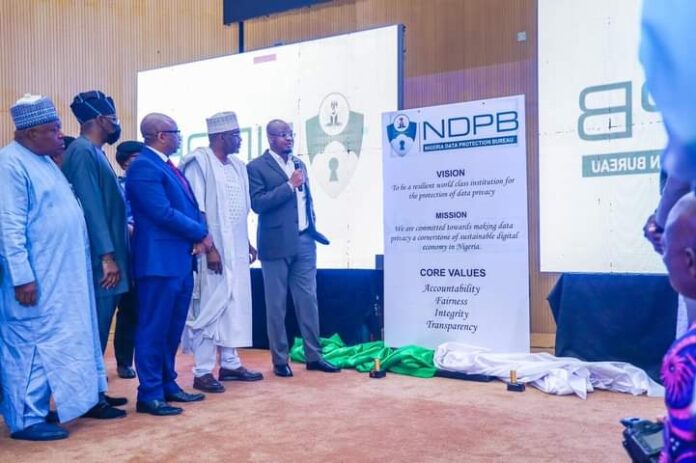 Pantami made the call at the official launch of NDPB Logo, Website and Core values, on Tuesday in Abuja.

He said that the data protection should not only be centered within the public sectors but also cut across the private sectors.

He said that data protection, privacy and confidentiality, were already mentioned in existing laws in various agencies of the country.

According to him, NIMC Act, 2007, under Section 26, there is a form of data protection in which nobody is allowed to get access to NIMC’s database without the approval of the commission.

In his words, “The Nigeria Data Protection Bureau(NDPB) has been mandated by government to ensure the coordination of all the existing laws in which data protection data privacy or data confidentiality has been mentioned. 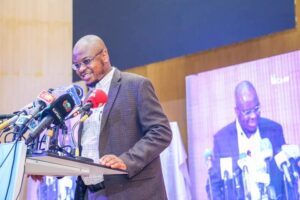 “In NITDA Act 2007, Section 6 under article J and K, there is a form of data protection under article A to come up with the legislation in the first place.

“It is now in the process of being integrated into a full fledged legislation by the National Assembly.

“Under the Nigerian Communications Commission Act 2003, there was no mention of data protection clearly.

“The Commission came up with two subsidiary legislations, in which operators are not allowed to get access or release certain informations without the consent of data subject.

“National Health Act of 2014, there is a form of data protection and many more.”

Earlier, the National Commissioner, NDPB, Dr Vincent Olatunji, revealed that the mandate of data protection had a strategic roadmap that would provide the turning point in Nigeria’s data privacy.

Olatunji, however, urged stakeholders to give the brand the needed support to achieve its mandate.

Major highpoint of the event was the launching of NDPB’s website, Logo and Core Value by Pantami.

In Nigeria, data protection is a constitutional right founded in Section 37 of the 1999 Constitution as amended.