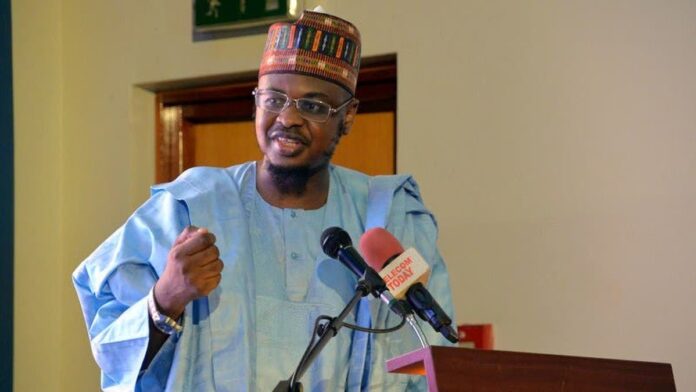 The Minister of Communications and Digital Economy, Prof. Isa Pantami, says effective service delivery in governance is the key idea behind public sector reforms in the country.

Pantami said this while delivering a virtual keynote address at the 11th African day International Conference, on Thursday in Abuja.

Reports state that the conference was organised by the Republic of Slovenia.

The minister’s paper, with the title: “Emerging Technologies and Collaborations on Citizens-Centred Technology Governance” dwelled on collaborations for citizens-centred technology.

He said that citizens-centred governance involves new ways of enabling citizens to prosper.

“It aims at providing an environment where all citizens irrespective of class, caste and gender can develop to their full potential.

“It also aims at providing public service effectively, efficiently and equitably to the citizens as the core of good governance, hence, good governance and citizens-centred administration are inextricably linked,” he said

Pantami highlighted some of the strategies adopted by the Federal Government to enhance citizens-centred technology governance.

“The strategies include the issuance of Nigeria Data Protection Regulation and the subsequent establishment of a full fledged bureau.

“The approval of the Presidential Council for Digital Economy and eGovernment, the Nigeria Startup Bill (NSB) and the accessibility of government services online, among others,” he said.

The minister also disclosed that efforts were ongoing to expand the scope on both service rendition and delivery.

“A partnership between Slovenia and African countries will be a win-win situation and this conference is well poised to facilitate such collaborations,” he said.

It was reported that the conference is held annually and the theme for this year is: “Africa and Europe: Cooperation on Digital Transition and New Technologies”.