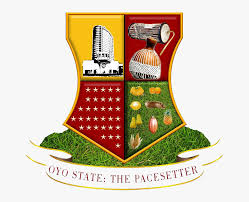 Oyo State Government on Monday began a two-day training for officers in charge of preparing establishments estimates in Ministries, Departments and Agencies (MDAs) in the state public service.

The Commissioner for Establishments and Training in the state, Alhaji Sijui Lawal while declaring open the training, said the objective was to ensure efficiency.

According to Lawal, the training is also aimed at empowering all directors of administration and supplies/personnel and other schedule officers.

He said that the summit would enable participants to understand the publication of flawless Establishment Estimates in the 2021 Approved Budget Estimates for the state.

Lawal noted that it would also go a long way in bridging the gap of ineptness in the preparation of Annual Establishments Estimates.

“It is therefore, hoped that at the end of the two-day training, participants would have acquired the required hands-on skills for the preparation and submission of error-proof establishments estimates.

“By so doing, we will overcome various establishment problems such as career stagnation, lopsidedness in manpower distribution and uncontrolled personnel attrition rate, which are a resultant effect of shoddily prepared Establishments Estimates.

“This in turn will translate to job satisfaction and improved productivity of workers in the state.” the commissioner said.

Lawal assured the participants that the administration of Gov. Seyi Makinde would not relent in its effort toward ensuring continuous capacity development, provision of conducive work environment and good conditions of service for its workforce in the state.

The commissioner commended the astuteness, prudent financial management, transparency and accountability which the governor had brought to the front burner of governance in the state in less than two years.

“We believe that the only way to solve these problems is to acquaint the stakeholders with relevant information and equip them with the required skills that would assist them during the preparation of the Annual Establishments Estimates,” Adeyanju said.

He urged participants to strongly believe that the solution toward ensuring the preparation of error-proof establishment’s estimates should be the collective responsibility of everyone.

Osun Panel of Inquiry: Petitioner describes how father’s murder made him a school dropout