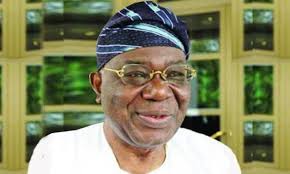 Oyetola in a statement signed by his Chief Press Secretary, Ismail Omipidan, said he received the news of Shonekan’s demise with sadness.

He extended his heartfelt condolences to the wife of the deceased, Mrs. Margaret, the entire Shonekan family, government and people of Ogun State.

The governor noted that the Abeokuta-born elder statesman and industrialist was an exceptional leader who in and out of office, demonstrated strong commitment to the peace, unity and development of Nigeria.

He said the late Shonekan who led the country at a very challenging and delicate time would long be remembered for his courage, selfess and patriotic service to his fatherland.