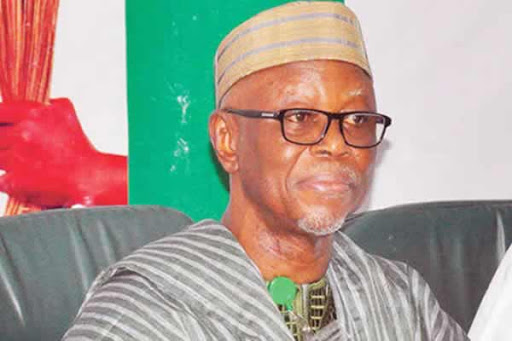 Ray Morphy, a former special adviser to one-time National  Chairman of the All Progressives Congress, John Odigie-Oyegun, has dumped the party ahead of the 2023 general election.

Morphy, who announced his resignation in a statement issued on Sunday, disclosed that he was leaving the ruling party to avoid defending what he knew to be a lie.

According to him, he has suddenly come to a realisation after his intellectual, material and financial contributions that he cannot afford to continue with the “comedy of gaffes the APC is trying to sell to Nigerians.”

The APC chieftain was a member of the APC Presidential Council in 2019 and a pioneer member of ‘The Buhari Organisation.’

His statement read, “I am not sorry (for leaving). I have lost many friends because they expected me to live a lie. They expected that I would condemn the APC misrule in private and hail the party in public. I do not know how to speak with a forked tongue.

“I am not sorry that I left the APC where I had made intellectual, material and financial contributions, all in a bid to help secure better governance. I realised after much effort that public good is the last thing on the mind of the leadership of the APC whether in government or out of it. Talking about public good to the APC is like talking to a stone. So I took a walk.

“I am not sorry that I did what my conscience bids me to do. I cannot support a ticket that does not take into cognisance the diversity of our country.

“I am not sorry that I happen to believe that this country needs better, indeed deserves better than the comedy of gaffes that the APC is trying to sell to Nigerians in order to further impoverish and already traumatised and despondent citizenry.

“I am not sorry that I stand for what is good for our nation.”

Effort to reach the National Publicity Secretary of the APC, Felix Morka, as of the time of filing this story proved abortive.

But the party’s Director of Publicity, Bala Ibrahim, told our reporter that the APC was not worried about Morphy’s defection.

He stated, “I don’t really have any information with regards to the local politics of that area. But what I know is that more people are coming into the party because of the credibility of our candidate.

“So if one person steps out and 10 people come in, Mathematics will be able to tell you which way the scale will swing. I can only say victory for the APC in 2023 is fait accompli.”