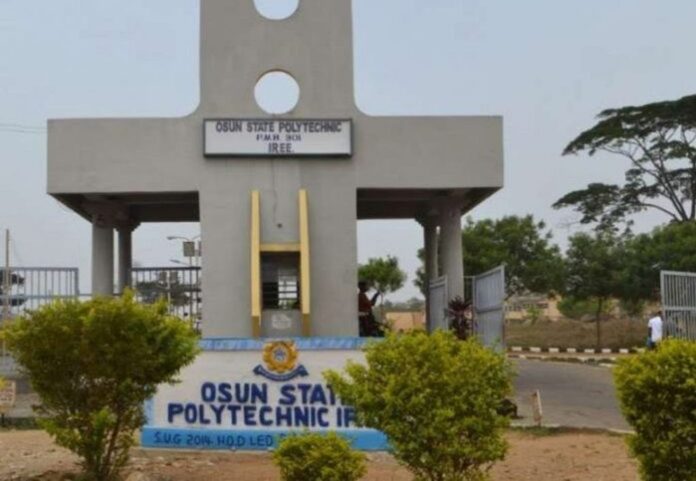 The Governing Council of the Institution at its meeting on Tuesday made this known through an official document signed by the Head of Service, Dr. Festus Olowogboyega Oyebade.

According to the office document, “The Governor of the State of Osun, Mr. Adegboyega Oyetola has approved the appointment of Dr .T.A Odetayo as the Acting Rector of the Osun State Polytechnic Iree.

“Dr Odetayo was born on 22nd June, 1962. He is a native of Ode-Omu in Ayedaade Local Government area of the State. He has served the State for 27 years meritorious and he is married with children.”

He holds a Doctorate Degree in Educational Planning and Policy from the University of Ibadan, and another one in Management Science from Ladoke Akintola University of Technology, Ogbomoso.

He is an astute scholar with 24 Journal Article Publications, 10 Conference Papers and Six Books to his credits.

He was elected as the Deputy Rector of the Institution about two years ago by Board of Studies of the Polytechnic.