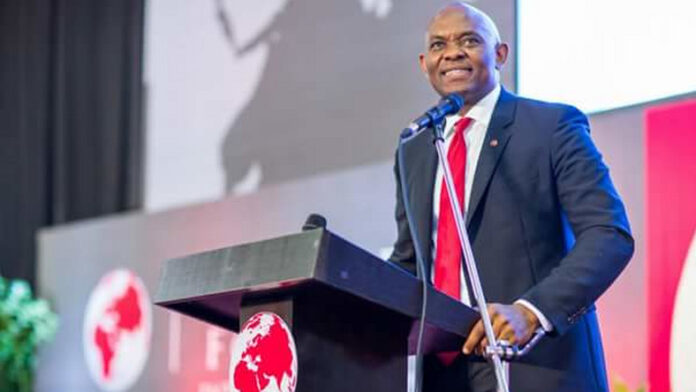 Mr Tony Elumelu while delivering a keynote address at the 2021 Annual Directors’ Conference noted that companies should invite young entrepreneurs to programmes like the IOD conference to share in the knowledge of the older generation.

Speaking at the conference which had as its theme, “Creating the Future: Deepening the Corporate Governance Practice through Multi-Sectoral and Multi-Generational Collaborations,” Elumelu said that when knowledge is shared, the young ones will grow in corporate governance.

He further noted that organziations should allow young individuals to participate in board room decisions in order to facilitate easy succession between the older generation and the young generation.

Vice President, Prof Yemi Osinbajo, said on Tuesday that the Federal Government is committed to preparing the nation’s youths for the challenges of leading the country in the future.

The Vice-President was represented at the event by the Head of Civil Service, Folashade Yemi-Esan.

Mr Osinbajo said the theme of the conference was commendable because it elicits awakening to the inevitability of succession among young people.

He said available data showed that the majority of the workforce population were between ages 20-39 years thereby creating the need for youths to be groomed on succession and collaboration across all sectors.

“This administration has created laudable initiatives such as Build Your Brand, the Next GEN; an intergenerational mentoring and networking program with both initiatives driven by the Federal Ministry of Youths and Sports.

“We also have the Lead P which serves to identify and train officers within the public service to enhance their leadership potential.

“The Not -Too -Young to Run bill, signed by President Muhammadu Buhari also complements efforts towards facilitating the rise and emergence of the youths to accomplished positions,” the Vice President said.

According to him these and other initiatives are aimed at engaging the younger generation to give them exposure required to assume leadership positions in the future.

Dr Ije Jidenma, President, IoD, said the theme underscored the importance of corporate governance practices across private and public sectors of the economy for inclusive economic growth and development.

Jidenma said the conference would focus on the significance of engaging new generation directors, young entrepreneurs and the public sector in the quest to deepen corporate governance, good leadership and best practices.

“The IoD Nigeria Annual Directors’ conference is the Institute’s flagship event, which is attended by captains of industry and directors in both private and public sectors of the Nigerian economy.

“It is a forum where contemporary issues affecting leadership and corporate governance of Nigeria’s businesses are x-rayed and global best practice solutions provided by professionals and practitioners in corporate administrations.

“IoD Nigeria aims to deepening sound corporate governance and best business practices in all sectors of the economy,” she said.

Chairman, BUA Group, AbdulSamad Rabiu, said the conference speaks to the importance of collaboration across generations and sectors which guarantees greater chances of business survival.

“It is instructive to note that youths make over 60 per cent of the working force and this makes a clear case to bring them on board.

“Their passion, drive and ability to do more have seen them create industries but there are still gaps in corporate governance and business sustainability and I am of the firm believe that the older generation can share ideas to help them succeed,” he said.