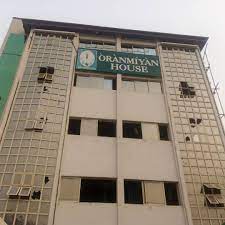 The Government of the State of Osun has condemned Thursday’s attack on the Oranmiyan House, the political edifice of the immediate past Governor and current Minister of Interior, Ogbeni Rauf Aregbesola.

The building had also served as a place of meeting for members of a splinter group named ‘The Osun Progressives’ (TOP), who are loyalists of the former Governor.

In a statement signed by the Commissioner for Information and Civic Orientation, Mrs Funke Egbemode, the government disclosed that the Commissioner of Police had been charged to fish out the perpetrators of the attack and bring them before the law.

It also warned parents and guardians to be more vigilant with their children and wards, to forestall occasions where they become instruments in the hands of trouble makers.

This is as Osun government strongly dissociated itself from any involvement in the attack, saying that it was wicked for anyone to attribute such mischief to a government that had invested heavily in the peace of the state.

“The accusation that the government of Mr Adegboyega Oyetola had anything to do with Thursday’s attack on the Oranmiyan House is sad and laughable. It defies reasoning that a man who has invested so much in the peace of Osun in the last three years will descend that low.

“This government is united, it has all its ducks in a row. The Party is also united and its status and activities have been ratified by the national secretariat. There are no reasons to join issues with anyone, let alone engaging in violent act.

“Those who are grabbing at straws to stay afloat, especially because their rebels’ den has fallen like a pack of cards, should try to fix their fortunes instead of blaming everybody, but themselves, for what has happened to them.

“This government is about making Osun better and about building structures that even the unborn generation can inherit. It will not fold its hands while those who have neither focus nor interest in the development of the State, and in building an enduring legacy, try to rubbish what this administration has achieved through the help of God and the support of the good people of Osun.

“The governor has charged the Commissioner of Police to fish out the perpetrators of the attack, and charge them to court immediately.

“This administration will not quit its drive to rid the State of the few criminal elements that are causing troubles around.

“The government warns that this is a political season and as we approach the primaries and eventual election, parents and guardians are advised to keep an eye on their wards because nobody caught in any act of criminality will be spared,” the statement read.