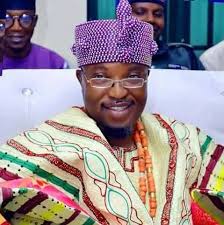 A prominent monarch in Osun State, Oba (Dr) Abdulrasheed Adewale Akanbi Telu 1, the Oluwo of Iwo has disclosed that only a bastard son of Yoruba will fail to support Bola Tinubu’s ambition to succeed President Muhammadu Buhari in 2023.

This is just as the Oluwo said the National Leader of the ruling All Progressives Congress (APC), Asiwaju Bola Tinubu, has all it takes to succeed President Buhari.

Oluwo stated this on Tuesday at the launching of Southwest Agenda in Osogbo, Osun State.

Oba Akanbi, who described Tinubu as a visionary leader and great achiever, said he is the most qualified to succeed President Muhammad Buhari.

He berated the lackadaisical attitude of some Yorubas, urging the sons and daughters of Yorubaland to always rally round their leaders.

Oba Oluwo condemned how the Yorubas were at the forefront of pull-him-down-syndrome that never made the late Awolowo realise his ambition.

In his words: “Enough of this bullshit, this generation of ours would no longer tolerate nonsense.

“No one is as qualified as Senator Bola Ahmed Tinubu who remained a visionary leader and a great achiever.”

Noting that he feels proud to identify the SWAGA, he said he is the custodian of SWAGA adopted by the group.