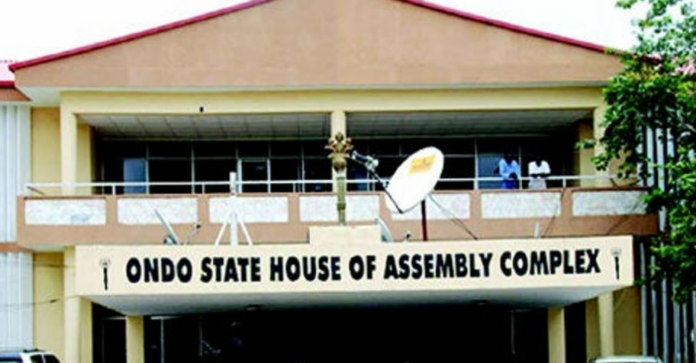 Oleyelogun made the remark while addressing the fifth quarterly session of the Majority Leaders in the South-West region in Akure.

The remark was contained in a statement issued on Friday in Akure by Mr Sehinde Fanokun, Director of Information Service of the Assembly.

The speaker, who noted that the viable moves by the Forum was aimed at ensuring that the financial autonomy to the Legislature comes into fruition, rallied the Lawmakers’ support across the country, to make the project a reality.

He urged the forum to brainstorm on some trending issues bordering on the operations and welfare of all the Legislators in the country such as financial autonomy, Parliamentary Staff Association (PASAN) industrial action and the state policing.

Oloyelogun noted that the state police would complement the Nigeria Police and other security agencies in tackling insecurity in the country.

According to him, the efforts of the Majority Leaders’ forum are aimed at stabilising the South-West region.

“On so many occasions, this forum has collaborated with the South-West Speakers’ Forum, to provide the needed solution to the plights, aspirations and challenges of the people of this region.”

He noted that the speedy and timely passage of the Western Nigeria Security Network (Amotekun) Bill into law across the entire region, the provision of uniform standing orders and rules for all Legislatures in the region, happened during his leadership of the South-West Speakers’ Conference.

According to him, such deliberations have brought about a big relief to the people in terms of security and the needed legislative reforms, guidelines and practices.

Oleyelogun noted that the open grazing bill currently in the Ondo State House of Assembly, when passed into law, would address the farmers/herders clashes.

The speaker urged other states in the sub-region to follow suit.

He commended Gov. Oluwarotimi Akeredolu for providing quality leadership, and for making Ondo State first among equals in the scheme of things.

The speaker thanked the Chairman, South-West Majority Leaders, Mr Oyeniran Agunbiade, for his support to the Speakers’ Forum.

Oleyelogun enjoined members of the forum to have a fruitful discussion during their stay in the state.

Earlier, Agunbiade said that the forum was out to strengthen legislative procedures in the geopolitical zone.

He noted that Legislative Business Rules for the South-West Legislatures were harmonised by the forum and currently in use across the zone.

Agunbiade stated that legislative sessions across the South-West were monitored and evaluated to determine the implementation of the harmonised rules and proceedings.

He said the periodic meetings of the forum were carried out to review the Lawmakers’ performance.

According to him, plans are underway to organise the South-West Legislators’ Conferences, to provide an avenue for robust relationship among the Assemblymen in the geopolitical zone.