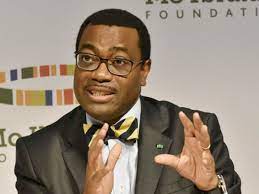 This was contained in a statement made by the General Manager, Public Affairs, Ndidi Mbah on Monday.

“With this, the line will be upgraded from 500 megawatts (MW) energy wheeling capacity to 1,500MW, which is 200 percent capacity increase. Reconstruction work will be completed within eight days, from the 8th to 15th December 2021.

“Consequently, there will be power outage on the 132kV Zaria-Kaduna transmission line, 33kV Turunku, and part of the 33kV Jaji feeder, from 8 am to 5 pm daily for the eight days indicated, to ensure a safe working environment for the execution of the reconstruction work. On completion, the new 330kV double circuit transmission lines will increase the total capacity of the Kaduna–Jos line from 500MW to 1500MW.

“Meanwhile, TCN has made arrangements to continue to supply bulk electricity to Jos Distribution load centers in Jos, through the Makurdi 330kV lines 1 and 2, to minimize the effect of the capacity upgrade and assure that the project will be completed on the 15th of December as scheduled.

“The decision to reconstruct and upgrade the Kaduna-Jos SC transmission line was due to the fact that the line is overloaded and can no longer cope with the load profile in that axis. The completion of the new 330kV Kaduna-Jos DC transmission lines will resolve the present and anticipated increase in load demand on the line route.

“TCN’s use of multi-circuit towers in some locations will prevent the demolition of properties in heavily built-up areas and still achieve increased bulk transmission capacity along that line route. We will therefore dismantle and reconstruct eight (8) no existing single circuit towers into special triple-circuit towers.

“We regret any inconvenience the load shedding may cause electricity customers affected by the reconstruction works on the line and note that the increase in capacity to 1500MW will positively impact voltage stability on the axis. Bulk power transmission will be restored immediately after reconstruction work is complete,” the statement concluded.