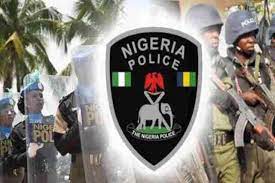 The Ogun State Police Command has slammed the alleged action of policemen from the Isheri Police Division, Lagos State, who were accused of enforcing the Okada ban of Lagos in Ogun territory.

He said, “If any officer is caught arresting motorcyclists under Ogun State, he will face the music because that will amount to illegal duty. You cannot come from a different state to come and arrest in another state without prior notice to the police command in that state. I believe if the Ogun State DPO, who is close to that place gets any of them, I know he is going to do the needful.”

The Lagos State Government banned the movement of Okada in some parts of the state.

However, some policemen were reported to have gone outside the state to seize bikes while claiming to be enforcing the ban.

It was gathered that policemen from the Isheri division arrested a motorcycle operator, Adekunle Kristisanwo, and seized his motorcycle at New Garage, Ifo Local Government Area of Ogun State, on Monday, December 5, 2022.

Kristisanwo, a pastor, said he was detained at the station and made to sleep in a cell until N20,000 was paid for his bail.

However, he identified the officers behind the illegal arrest and extortion as Inspector Patrick Stephen and one Inspector Mercy, respectively.

The complainant, while speaking on Monday, alleged that the Isheri Divisional Police Officer, CSP Amuda Abolaji, boasted that no one could tell him where to arrest and where not to.

He said, “My lawyer wrote a letter to the DPO, explaining how I was illegally arrested and detained. When I went there last Monday (January 16) to deliver the letter, the DPO said nobody could tell him where to impound bikes and where not to and whoever wanted to come and tell him that he went beyond his boundary should bring a map and argue it out. I did not reply him because he was talking aggressively.”

Motorcycle riders at New Garage said policemen from Isheri usually arrested them and charged between N40,000 and N70,000 for every seized motorcycle.

Meanwhile, the Isheri Police Division has been accused of extortion in recent times.

On July 5, 2022, it was gathered that a group of policemen from the division were caught in an extortion scheme involving the use of the traffic light in the community.

On July 19, 2022, it was also reported that transport union workers lamented being extorted by policemen from the division.