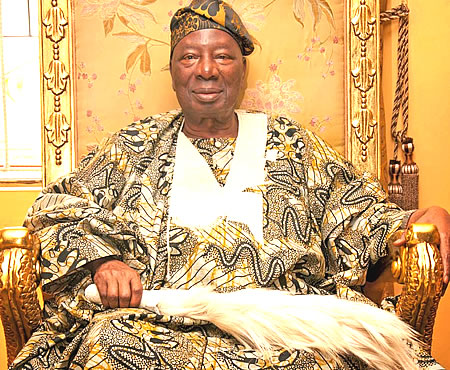 The Soun of Ogbomoso, Oba Oladunni Oyewumi, has lauded President Muhammadu Buhari for approving the establishment of a Federal Polytechnic in Ayede with a take-off grant of N2 billion.

This is contained in a statement he personally signed and issued to journalists on Tuesday.

It would be  recalled that the president on Monday announced the approval of the institution through a letter signed by Mr Sonny Echono, the Permanent Secretary, Federal Ministry of Education.

Oyewumi described the decision of the president as a welcome and timely development, adding that the giant developmental strides of the Federal Government were  worthy of commendation.

The royal father said that the five Local Governments across Ogbomoso zone of the state would benefit immensely from the newly established higher institution.

He said that the local governments would also benefit in the areas of wealth creation, employment generation, human capital development and economic growth.

Oyewumi also congratulated sons and daughters of Ogbomosoland on this remarkable achievement.

He called on government at all levels to make education a priority in their policy thrust toward building a prosperous society.

Oyewumi called on the host community to support the technical team from the Federal Ministry of Education and the National Board for Technical Education (NBTE) on the institution.

According to him, the technical team will visit to identify and assess the readines of the site for the commencement of academic activities in earnest.

“On behalf of the good people of Ogbomosoland, I convey my heartfelt and sincere appreciation to President Muhammadu Buhari for approving the establishment of Federal Polytechnic in Ayede, with a take-off grant of N2 billion.

“Mr President as you know, Ogbomoso is one of the prominent and ancient towns in Nigeria and as such, your decision to site the higher institution in my domain is a good and remarkable development.

“Mr President, count on our support and prayers as you steer the affairs of the country,” he said.

He congratulated Gov. Seyi Makinde of Oyo, members of the National Assembly, Mr Sunday Dare, the Minister of Youth and Sports Development and other stakeholders over the development.