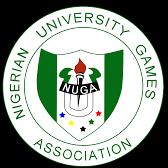 The Executive Secretary of NUGA 2022, Joseph Awoyinfa, says organisers of the all-university games have put strict measures in place to check the use of mercenaries at the games.

Awoyinfa told Newsmen in Lagos on Wednesday that the games organisers were partnering with the Joint Admission and Matriculation Board (JAMB) over the issue.

Newsmen report that University of Lagos is hosting from March 16 to March 26 the 2022 edition of the NUGA games, which is owned by the Nigeria Universities Games Association (NUGA).

Awoyinfa said the games would be run on the basis of 99 per cent zero tolerance for cheating and use of mercenaries during the games.

“I can assure that non-university undergraduates would not be allowed to participate at the games.

“To forestall this, accreditation of athletes presented by the various universities would be done on the JAMB portal.

“Any athlete not accredited by JAMB will not participate in the games because we believe that such athlete is a mercenary.

“We are picking the passport of each athlete from the JAMB portal because we have paid money to access the JAMB platform to know those that are admitted to the universities,” he said.

Awoyinfa said the use of JAMB portal was the best way to determine genuine undergraduates, since the game is strictly for university students.

He however said all hands were on deck to organise a memorable games.

“We want the whole of Lagos State to feel the economic value of the games and not UNILAG alone,” he said.

Awoyinfa also said hosts University of Lagos (UNILAG) would be presenting a 382-athlete strong contingent for the games.

He said other universities would present be presenting athletes ranging from 90 to 120 in number.

“Our athletes are in top shape to give a good account of their selves and to win the games for the institution while the sports facilities are also in top shape,” the official said.

Newsmen reports that UNILAG came fourth with nine gold medals at the end of the 25th edition of the games, hosted by the University of Agriculture in Makurdi in 2017.

About 10,000 student-athletes and officials from 136 universities across the country are expected to participate in 17 different events during the competition.

Newsmen also reports that NUGA was founded in 1966 at the University of Ibadan, following the first edition of the West African University Games (WAUG) held in Ibadan in 1965.