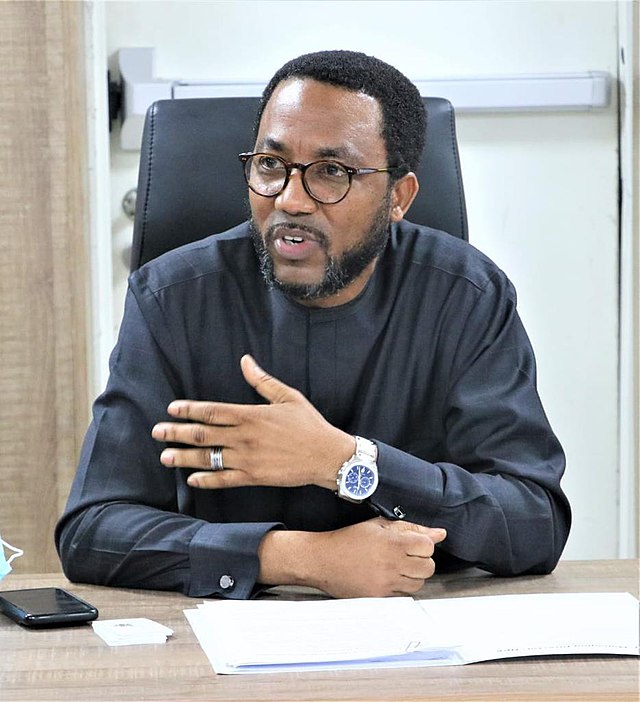 The Managing Director of the Nigerian Ports Authority (NPA), Mohammed Bello-Koko on Thursday expressed concerns over neglect of hinterland connectivity for the $1.5bn Lekki Deep Seaport.

This is even as the NPA MD dispelled fears in some quarters that the Lekki port will render existing ports in Apapa and Tin-Can moribund.

Presenting a paper titled; “Lekki Deep Seaport: Gains, Challenges and Potential Threat To Lagos Port” during the 2022 One Day Retreat organised by the League of Maritime Editors in Lagos on Thursday, Mr. Mohammed Bello-Koko explained that the neglect of hinterland connectivity at the Lekki Port is likely to be an albatross for the optimisation of the benefits of the project investment as well as efficiency of the port operations.

According to the NPA Managing Director, “With the immense benefits that Lekki Deep-sea port is poised to offer in changing the landscape of port operations, there are the constraints of hinterland connectivity.

“This is considered a fundamental flaw of the planning process. It is important to note that the port is segmented into two: there is the aspect of maritime space and Hinterland Connectivity for cargo evacuation.

“While attention has been on maritime space, there is complete neglect of hinterland connectivity at Lekki port. This is likely to be an albatross for the optimisation of the benefits of the project investment as well as the efficiency of the port operations.

“For instance, there is no rail connectivity at Lekki port. Even the road connection is grossly inadequate. The only way out is to embrace Barge operations in the short run. This does not foreclose the need for multi-modalism and inter-modalism that should guarantee the fluidity of cargo evacuation and ultimately efficiency of port operations.

“There is no doubt that operationalisation of Lekki Port would be a game changer not only for NPAs’ operations but Nigerian economy at large. It is therefore important that necessary logistics infrastructure be put in place to optimise the benefits and guarantee positive impacts.

“It may be necessary for the NPA management to create requisite synergy with relevant bodies towards addressing observable operational constraints. It would equally be necessary to engage in advocacy to sensitise various stakeholders in their respective roles in actualising the provision of these critical infrastructures.”

On whether the Lekki Port may signal the demise of existing ports in Apapa and Tin-Can, Mr. Mohammed Bello-Koko explained that the existing river ports will function as feeder ports to what comes from Lekki Port.

“There seems to be morbid fear by stakeholders that the emergence of Lekki Deep-sea port may signal the death or possibly turn the existing ports in the Lagos area into tourist sites.

“This is simply a fallacy. The Deep-sea port operates by the principle of Hub and Spoke. As a derivative of this, the existing port will simply function as a Feeder port i.e when big vessels call at Lekki, other ports would be fed with their own market share. In other words, the existing port would function as a regional port to serve destination cargo of their catchment area,” the NPA Boss added.

Also speaking on the nature of the inadequate road leading to Lekki port, the Spokesman of the Seaport Terminal Operators Association of Nigeria (STOAN), Mr. Bolaji Akinola revealed that it takes six hours to drive to and from Ikoyi and Ibeju-Lekki even when the Lekki port is yet to commence operations.

In the words of Mr. Bolaji Akinola, “The Lekki port without rail evacuation is a disaster in waiting for traffic operations along the Lekki-Epe expressway. I go to the Pan Atlantic University (PAU) in Ibeju-Lekki from Ikoyi once a week. Every time I go towards that axis, I spend three hours on the road, stuck in traffic, going to Lekki, and another three hours coming from Lekki to Ikoyi.

“This is currently the situation even when we don’t have large numbers of trucks on that road because Lekki Port has not commenced operations. By the time Lekki Port commences operations and about a thousand trucks besiege Lekki roads, traffic along that corridor will be a disaster.

“Unless cargoes are evacuated through other means like barges, the commencement of Lekki port which will invite large numbers of trucks to that corridor will lead to another traffic gridlock along that axis.”