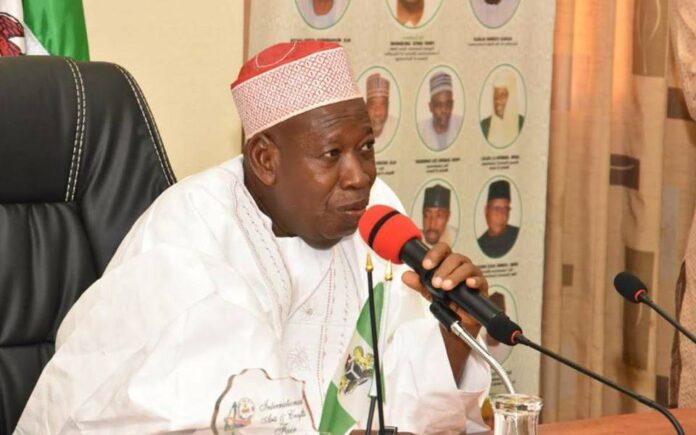 The Kano State governor, Dr Abdullahi Umar Ganduje has described the ruling All Progressives Congress (APC) as a laboratory of Nigerian democracy and not a party to beat going by the crop of politicians that formed the party.

The governor made this observation during the inauguration of Awareness Creation Committees on INEC Online Registration Exercise held at Africa House, Government House, Kano in a statement through his Chief Press Secretary, Abba Anwar, made available to Nigerian NewsDirect.

Ganduje said, “APC is not the party to beat particularly, looking at the crop of political leaders in the state who all put heads together under party’s platform and are working together for the progress of the party and the state.”

He argued that, “The coming of former governors, former deputy governors, and highly experienced politicians, is an indication that this train is taking all along. Though we have very influential people in the party, yet we respect ourselves.

“We don’t have any quarrels between us. We all believe in doing things with a plan and in a scientific way. Ours is not upside down. This is an indication of victory.”

APC, according to him, “is the laboratory of democracy in Nigeria. It is here where we do things in a scientific way. Everything you see us doing in this party is well calculated. We all believe in good organisation in whatever we do. You know it is in a laboratory where you apply science and face your business.”

At the inauguration ceremony were many political leaders other stakeholders.