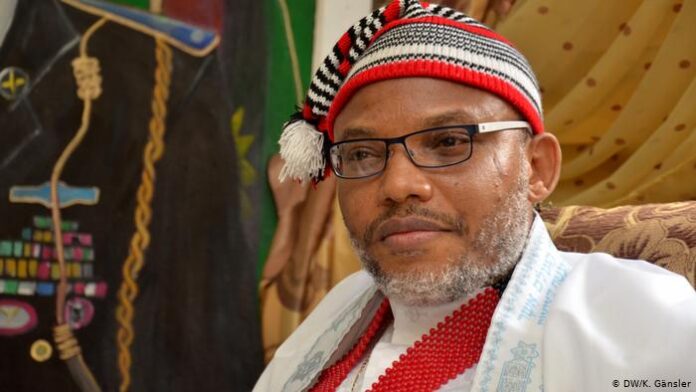 Few hours after over 2,000 inmates were freed by hoodlums in Owerri, capital of Imo State, leader of proscribed Indigenous People of Biafra (IPOB) Nnamdi Kanu has stated no Nigerian deserves to be in prisons.

He said some groups and individuals get freed and rehabilitated by authorities while others languish in custody.

Kanu tweeted on Monday “If Miyetti Allah terror herdsmen & other murderous #Fulani groups, including Boko Haram insurgents, can be arrested, freed and rehabilitated by this neo-colonial Fulanised @NGRPresident, then no single soul deserves to be in any prison in Nigeria. If you know you know! #UGM.”

The Nation had reported some hoodlums on Monday morning broke into Correctional Centre in Owerri where over 2,000 inmates were set free.

They also razed the Imo Police Headquarters with vehicles parked in the premises.