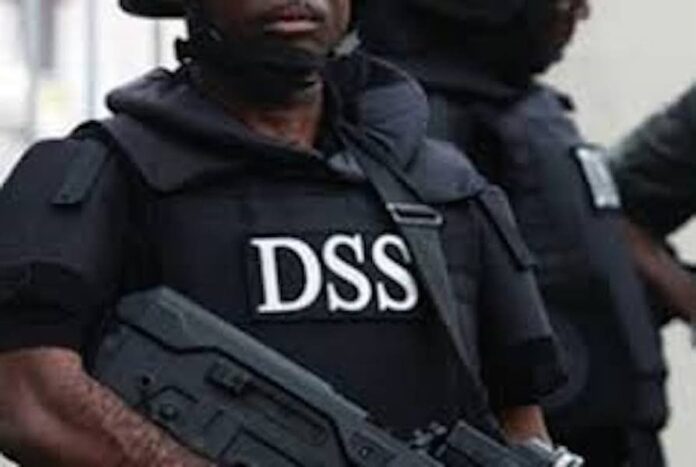 Operatives of the Department of State Services, DSS, on Friday, barricaded all roads leading to the premises of the Federal High Court in Abuja, ahead of the resumed trial of Nnamdi Kanu, leader of the Indigenous People of Biafra, IPOB.

The DSS is believed to have barricaded the roads to tighten security around the court premises.

Kanu is expected to appear in court before Justice Binta Nyako to resume the 15-count charge bordering on terrorism and felony.

The charges were levelled against him by the Nigerian government.

However, reports had it that the Chief Judge of the Federal High Court, Justice Tosho, ordered a secret trial of all terrorism cases.

To this end, Kanu’s trial may be shifted to the Code of Conduct Tribunal, CCT.