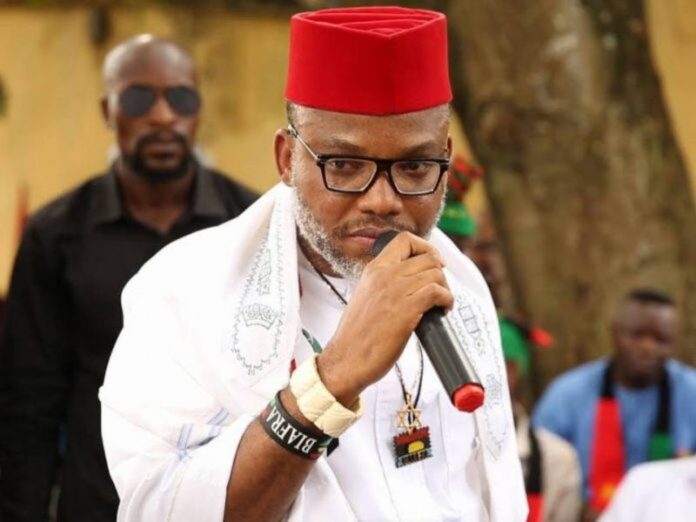 At exactly 9:50 a.m., the Biafra Nation agitator, Nnamdi Kanu stormed the court room of the Federal High Court in Abuja in preparation for his fresh arraignment on 15-count terrorism charges.

He was welcomed into the court room by four members of his family and later exchanged pleasantries with his lawyers led by Chief Mike Ozekhome, SAN.

Meanwhile, the trial Justice, Binta Nyako has entered the court and proceeding has commenced.

Kanu is already in the dock for his plea to be taken.

Shuaib Labaran is leading the prosecution, while Ozekhome is leading defense.