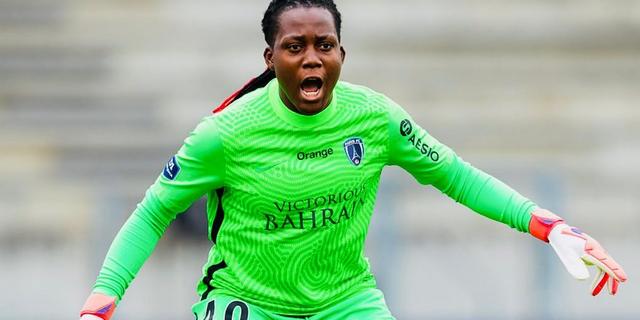 Nnadozie helped her side, Paris FC; qualify for next season’s UEFA Women’s Champions League after finishing third on the table, which guarantees them a place in the continental competition.

The former Rivers Angels goalkeeper, who joined the French outfit in 2020, was an integral part of the team, keeping 13 clean sheets in 19 league appearances for Paris in the French topflight last season.

After scooping the award, the 21-year-old took to twitter to express her delight at winning the top French award.

“I want to use this opportunity to say a big thank you to the AEGB Football Association France, for this great award. A special thanks to Paris FV, you guys made it possible.”

Nnadozie is part of the Super Falcons invited for camping ahead of the Women African Cup of Nations.